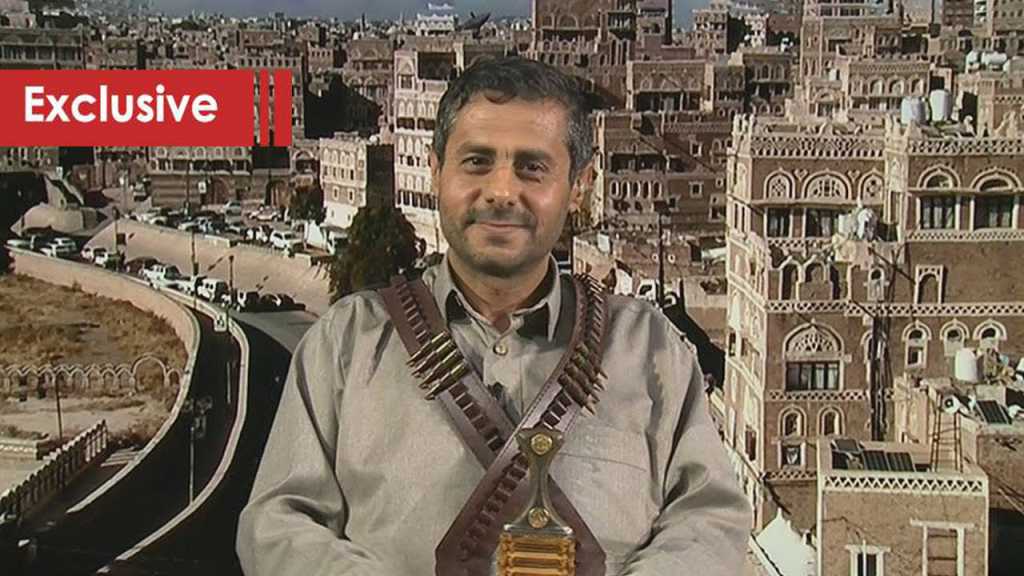 Beirut – Outgoing Yemeni President Abed Rabbo Mansour Hadi announced that he had formed a new council to lead the country, according to state media.

"I irreversibly delegate to this presidential leadership council my full powers," Hadi said in a televised talk held in the Saudi Arabia’s capital, Riyadh.

The new council will consist of eight members and will be led by Rashad Al-Aleme, a former interior minister and adviser to Hadi.

In an exclusive interview to al-Ahed news, Mohammed al-Bukhaiti a senior member of Ansarullah’s Political Council stated, “The decision of forming a presidential leadership council surprised everyone, including the political components who are present in the Riyadh negotiations. This confirms that this decision is an American one because the person who has been appointed to head the presidency of this council by America is Rashad al-Alimi and everyone knows that he is America’s man in Yemen.”

Al-Bukhaiti added, “Although this step is an American one, it stripped the aggression against Yemen from its legitimacy, illegitimately calling for a so-called ‘coup and restoring legitimacy’. On this basis, Security Council resolutions have been issued.”

“And since we have rejected the hotel government [the illegitimate government which is the outcome of hotel meetings] because it has become a tool controlled by Saudi Arabia, the announced step today in establishing a political council in Riyadh exposed the plans of the countries of aggression and confirmed that the decision is in the hands of America,” he added.

Al-Bukhaiti went on to explain, “Of course, there is no difference between the hotel government and the hotel political council because their decision is in the hands of the countries leading the aggression, and consequently led by the United States.”

“However, establishing this council today is in favor of Yemen as it exposed the aggression against us and revealed the fact that decisions are in the hands of America. Not to mention that the established decision was not even shared with the Yemeni political components that supported the aggression. This decision has been imposed on these political forces,” the Ansarullah Political Council member stated.

“The legitimacy of any government in any country in the world must be derived from the inside and not from the outside, namely, not from the enemy of the Islamic nation represented by America. Therefore, the true legitimacy is the one that defends the stability and sovereignty of Yemen and we are close to achieving this victory,” Al-Bukhaiti clarified.

The council member urged the ones “siding with those who are leading the aggression to reconsider their acts and stand by their homeland because the political process will follow based on a national partnership, including all those who defended the sovereignty and independence of Yemen, not those involved in aggression and justify the occupation of Yemen.”

Yemen is facing the worst humanitarian crisis in the world, with 80% of its population living on aid, due to the imposed siege. At the same time, the first truce of its kind to take place had been announced on the 1st day of the 7th anniversary of the war, will the coming days hold a new deal for the Yemeni people, or the external interference keep the war raging?