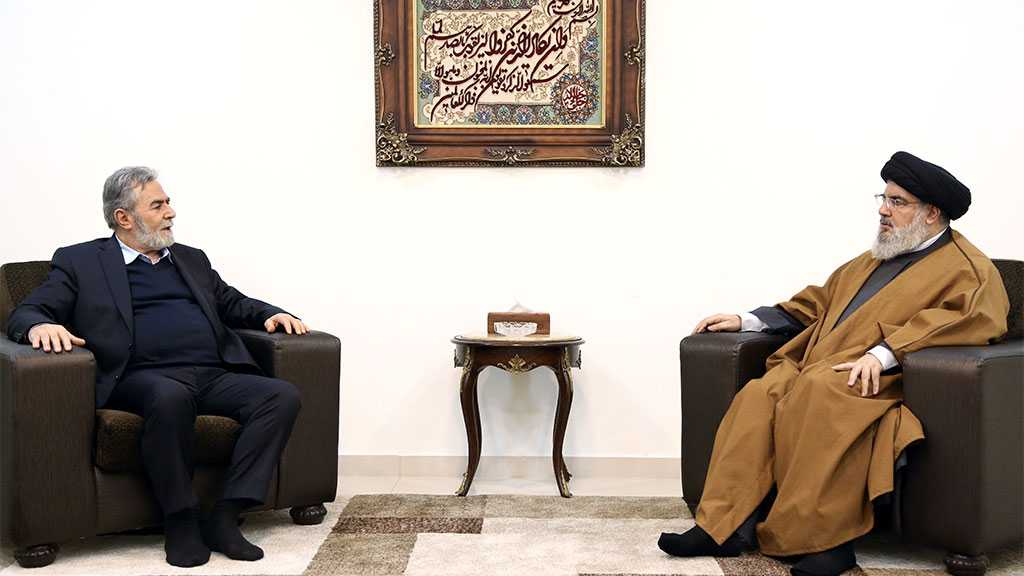 Sayyed Nasrallah and the Islamic Jihad SG generally evaluated the situation in the region given the regional and international developments and their repercussions especially on the Palestinian cause.