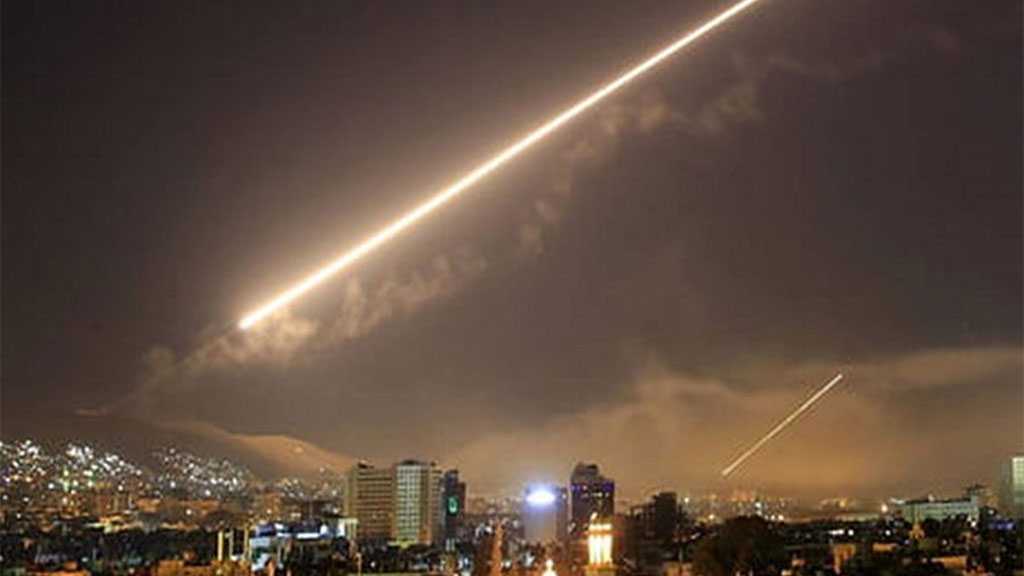 Palestinian resistance groups condemned the latest ‘Israeli’ missile strikes in the vicinity of the Syrian capital city of Damascus, expressing their staunch support for any retaliatory measure that the Arab country would adopt against the Tel Aviv regime.

Hamas spokesman Abdul Latif al-Qanou condemned the attack, saying the aggression exhibited the unlawfulness of the ‘Israeli’ occupation entity, and stressed the need for decisive and necessary steps to prevent recurrence of such assaults.

In the same respect, Daoud Shihab, a spokesman for the Palestinian Islamic Jihad resistance movement, also said, “We support any decision by Syria to respond to the Zionist regime's aggression on Damascus.”

“We condemn the brutal attack amid the complicity of the international community, and affirm Syria’s legitimate right to respond,” he pointed out.

Early on Wednesday, Syrian air defense units intercepted and brought down separate barrages of missiles launched by the ‘Israeli’ occupation military at various targets in the vicinity of Damascus.

State-run SANA news agency, citing a military source, reported that several ‘Israeli’ missiles were fired from the direction of the Lebanese capital city of Beirut at some targets near Damascus at 00:56 am.

The source added that the second attack was carried at about 1:10 am as a number of ‘Israeli’ surface-to-surface missiles coming from the direction of the occupied Golan Heights struck some sites near Damascus.

“Our aerial defenses confronted the enemy's missiles and shot some of them down,” the source noted.

SANA said one soldier was martyred and five others wounded as a result of the attacks. The strikes caused some “material damage” as well.

Syria has been gripped by foreign-backed militancy since March 2011. The Syrian government says the ‘Israeli’ occupation regime and its Western and regional allies are aiding Takfiri terrorist groups that are wreaking havoc in the country.

The Tel Aviv regime frequently targets military positions inside Syria, however, it mostly keeps quiet about its attacks on Syrian territories which many view as a knee-jerk reaction to the Syrian government’s increasing success in confronting terrorism.

The Zionist occupation regime has been a key supporter of terrorist groups that have opposed the government of President Bashar al-Assad since the foreign-backed militancy erupted in Syria.