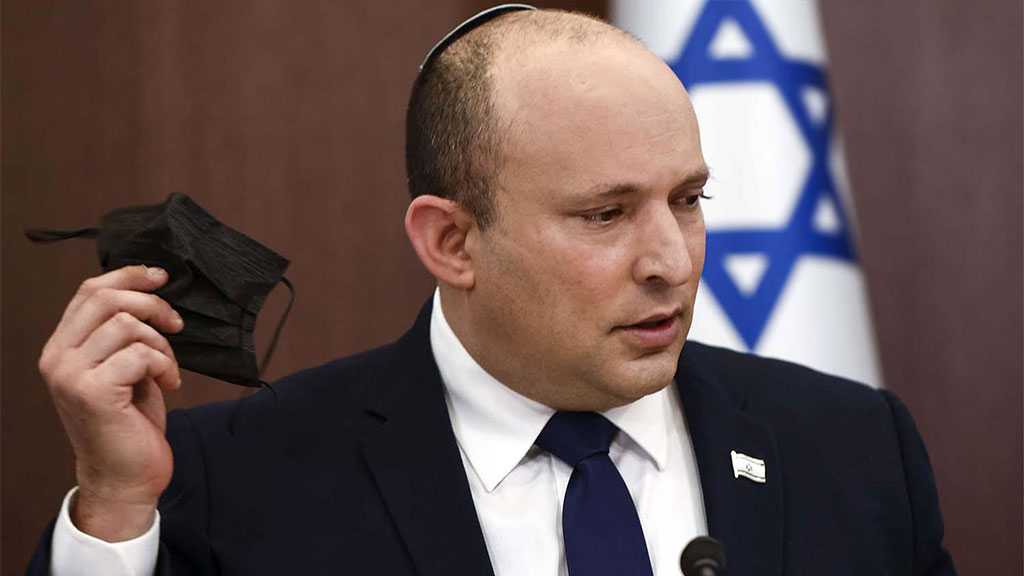 The Zionist entity’s Prime Minister Naftali Bennett said Tuesday his regime was working with the United States and other allies to combat growing naval threats during a visit to two ‘Israeli’ Navy bases.

“Recently, we have seen a rise in threats on the maritime front, in sailing and shipping lanes. I certainly see this as a threat, and we must know that the target is ‘Israel’, but not only ‘Israel’," Bennett claimed, as cited by The Times of ‘Israel.’

"Therefore, I am particularly pleased with the growing and solidifying strategic cooperation with the United States on joint naval exercises and with other allies in the region."

Bennett was apparently referring to attacks targeting ‘Israeli’-owned ships in the Gulf region.

In the same respect, Zionist war minister Benny Gantz traveled to Bahrain last week to meet with military officials and the head of the US 5th Fleet, discussing threats and how to work together to combat them.