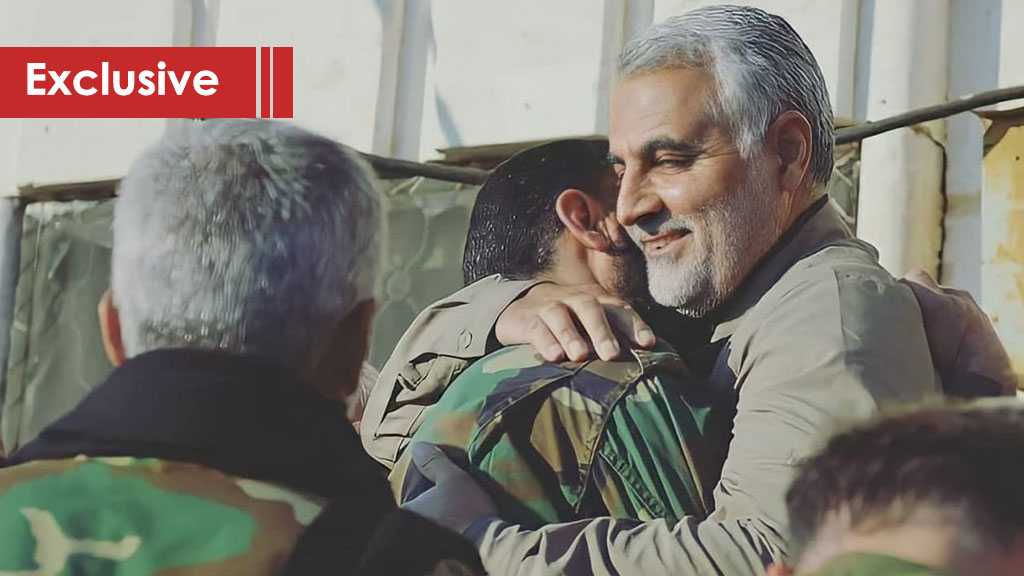 Tehran - The Deputy Commander of the Quds Force in the Islamic Revolutionary Guard [IRG], Brigadier General Mohammad Reza Fallahzadeh [Abu Baqir], told Al-Ahed that "recent American and Zionist threats to the Islamic Republic of Iran are empty and are no more than propaganda campaigns that are part of their psychological warfare against Iran.”

“They will not achieve anything. The resistance soldiers will remain firm on the path of martyr Qassem Soleimani and will stand alongside the Leader of the Islamic Revolution on this path. They will remain steadfast until the divine promise of the demise of the Zionist entity and the disruption of America’s feeble projects in the region are fulfilled.”

In an exclusive interview with Al-Ahed on the occasion of the second anniversary of the martyrdom of Major General Qassem Soleimani, Commander Abu Mahdi Al-Muhandis, and their companions, Brigadier General Fallahzadeh sent his "deep condolences on this anniversary to Sahib Al-Zaman, the Leader of the Revolution, to the entire Islamic nation, and to the people of the Islamic Republic of Iran."

Responding to a question about the Zionist entity’s recent acknowledgment of its role in the assassination, Fallahzadeh said: “In fact, the Zionist entity and America are two sides of the same coin – the front of falsehood. They have grown up in one trench throughout history, always preoccupied with suppressing popular uprisings and those with rights. From the era of the Messenger Muhammad [PBUH] to the stage of Ali al-Murtada [PBUH] and the pure imams [PBUT] and until now, that evil front is still fighting the front of truth. And since the victory of the Islamic Revolution until today, the enemy front has spared no effort to put down this revolution.”

"Their aim of assassinating martyr Soleimani was to extinguish the flame of the resistance, bring about geopolitical transformations in the region, and block the way for the Islamic Revolution and obstruct the path of its progress. Thank God they were unable to achieve their flimsy goals, and they will not achieve them in the future, too."

"Both the Zionist entity and America are under the illusion that they are able to destroy the wheels of progress of the Islamic Revolution, but in light of our belief and under the wise leadership of the Islamic Revolution, they will not be able to achieve any of their miserable plans,” Fallahzadeh added. “We will continue on this path until the appearance of Imam Mahdi. On the other hand, they are the ones who are heading towards destruction and collapse, and every day we witness their fall into the cliff of decline. We see now how the Zionist entity is heading towards demise, collapse, and destruction, and we are also witnessing the decline and collapse of America’s power. Hence, the front of truth will always be victorious, and its strength will grow and increase day after day with glory and might.”

Regarding the recent wave of threats looming by both America and the Zionist entity, Brigadier General Fallahzadeh told Al-Ahed that "these empty threats are no more than propaganda campaigns that come in the context of their psychological warfare against the Islamic Republic, but they will not achieve anything from it. The resistance soldiers will remain firm on the path of martyr Qassem Soleimani and will stand alongside the Leader of the Islamic Revolution on this path. They will remain steadfast until the divine promise of the demise of the Zionist entity and the disruption of America’s feeble projects in the region are fulfilled.”