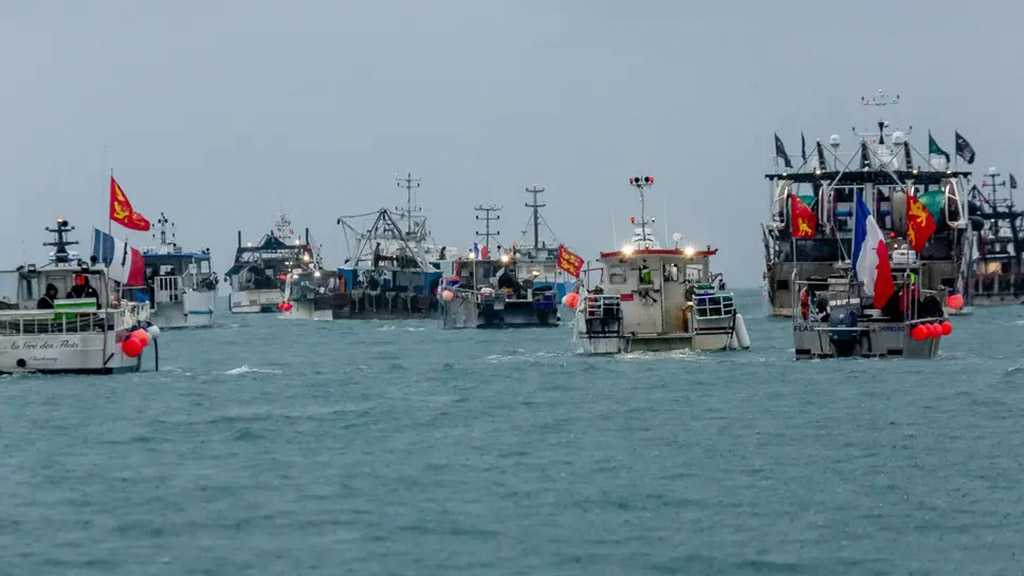 French President Emmanuel Macron has accused Britain of playing with his country’s nerves in a dispute over post-Brexit fishing licenses.

France is demanding more permits to fish in British waters under the UK-EU trade deal, and had threatened to bar British fishing boats from its ports and increase checks on UK exports from November 2.

“We have not got what we wanted. They are playing with our nerves,” said Macron during a visit to Aulnoye-Ameries in northern France on Friday.

The war of words between the two governments has continued, with London warning it could take legal action against Paris.

“We are going to continue to fight, we will not abandon our fishermen,” Marcon said, accusing the British of not respecting their agreements.

Under the Brexit trade deal concluded just before Christmas 2020, EU fishing boats can continue to fish in British waters if they obtain a license.

But they need to prove that they previously were fishing there – a requirement that smaller French boats, lacking the appropriate technology, have found difficult to fulfil. Many have failed to secure licenses from authorities in the UK or the Channel island of Jersey.

France argues the boats are well known to the British authorities and their past records are common knowledge.

Macron called on the European Commission to put pressure on Jersey Island, a British crown dependency 22 kilometers off the French coast, to accept license applications from French fishermen to operate in its waters.

“The Commission must protect us. It has to see this through, but it’s moving too slowly, too weakly,” the French president said. “If the Commission doesn’t play its part, France will do it.”

Macron promised that France will take a position on the issue before Christmas.

The dispute escalated to the point where a British fishing boat was seized by French officials, prompting the UK to summon Paris’s ambassador in London, a move that is usually made against enemies and not allies.

Paris threatened London with sanctions if the issue would not be resolved by the end of November. The UK launched a counterattack, vowing legal action if Paris did not back down.

Several rounds of talks between the two sides have been held this month, but have failed to resolve the dispute.

Maritime Minister Annick Girardin said Friday that France would “continue to fight every day to get what should be ours and so that those 150 licenses arrive.”

Paris is hoping to settle the fishing dispute in the few weeks that remain before its rotating presidency of the EU takes over in January, when it will have to take charge of all post-Brexit disputes.