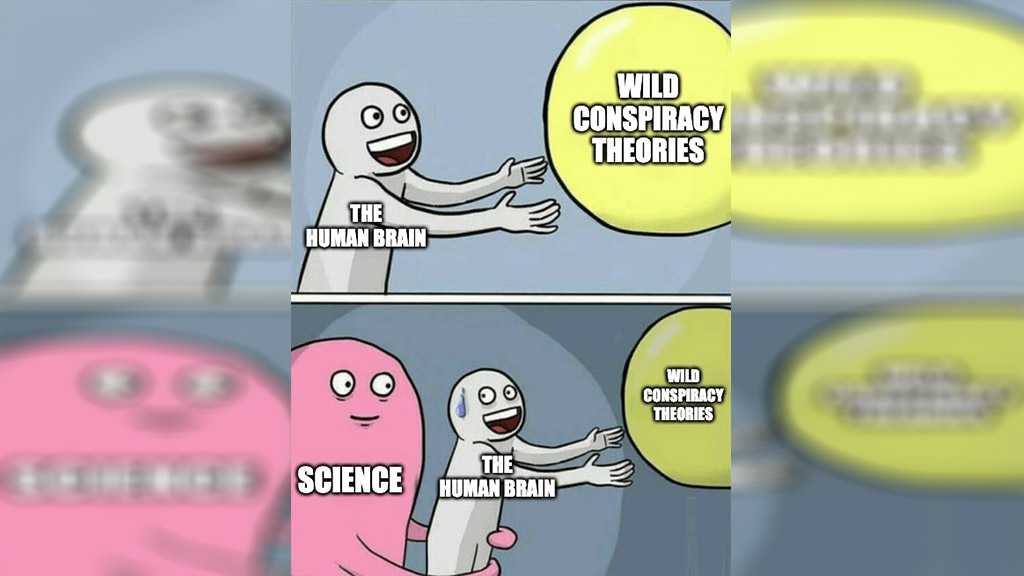 US drug-maker Pfizer has followed up its CEO’s denunciation of COVID-19 vaccine “misinformation” by tweeting a cartoon about “science” protecting humanity from “wild conspiracy theories” – and disabling the replies.

The cartoon shows a blob labeled “science” holding back a humanoid figure from embracing a bubble labeled “wild conspiracy theories.”

“It’s easy to get distracted by misinformation these days, but don’t worry… Science has got your back,” Pfizer’s corporate account tweeted on Tuesday evening, along with a hashtag #ScienceWillWin.

The option to reply was disabled. This did not seem to stop people rationing the tweet, with over 3,000 quote-tweets compared to just 300 or so likes within less than two hours.

“Pfizer denies science, that’s why it obtained a legal waiver of responsibility. No one harmed by Pfizer’s vaccines can sue the drug manufacturer,” said filmmaker Mike Cernovich, responding with his own version of the meme.

The company’s meme attempt comes shortly after its CEO Albert Bourla said a “very small” group of people were spreading “misinformation” about COVID-19 vaccines, including the mRNA jabs made by Pfizer.

“They’re criminals because they have literally cost millions of lives,” he told the NATO-backed Atlantic Council think tank. “The only thing that stands between the new way of life and the current way of life is, frankly, hesitancy to vaccinations,” he added later in the presentation.

The US Food and Drug Administration [FDA] approved the use of  Pfizer’s booster shots for the elderly and those at high risk in September, and last month greenlighted a smaller dose for use in children aged between five and 11. On Tuesday, Pfizer asked the FDA to approve the booster shots for all American adults.