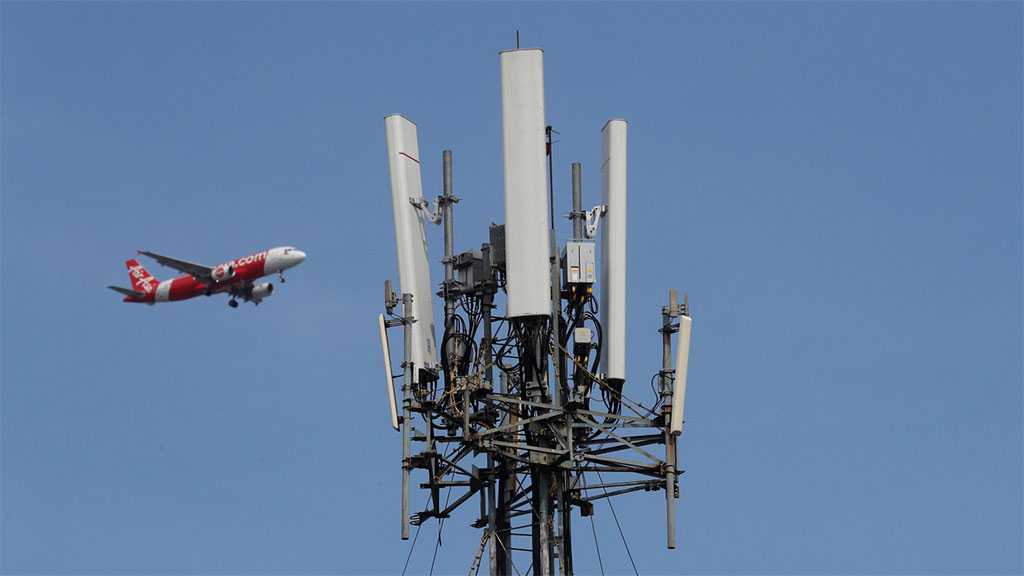 The US Federal Aviation Administration is sounding alarms behind closed doors over plans to use a new spectrum for 5G networks, citing “deep concern” the towers could interfere with aircraft systems, according to multiple reports.

With network carriers set to start using the C-Band spectrum for 5G before the end of the year, the FAA has raised “deep concern about the potential impact to aviation safety” from the technology and intends to issue a public warning, according to an agency letter obtained by Reuters on Friday.

Written by FAA Deputy Administrator Bradley Mims and dated October 6, the document questions whether 5G operations in the C-Band spectrum could potentially cause “interference to radar altimeter performance,” referring to a key cockpit safety system which measures the distance between an aircraft and the ground.

The aviation regulator is drafting a “special bulletin” and a number of mandates pertaining to the use of 5G in the C-Band, according to unnamed officials and industry sources cited by Reuters and the Wall Street Journal, though it is unclear when it intends to release the warning or when the new rules would take effect.

Used in all commercial airliners, radar altimeters can help to avert crashes and midair collisions, as well as assist with landings during inclement weather, among other things. However, the FAA and some industry experts fear that the new 5G signals, transmitted from ground-based wireless towers, could throw off the instrument’s readings enough to “cause certain flight-control systems to malfunction,” the Journal reported.

Despite the dire warnings from the FAA, the Federal Communications Commission [FCC] does not share the same concerns. After a review last year, the agency – which regulates the airwaves – concluded the use of 5G in the C-Band would have no harmful effect on “well-designed” aviation equipment, freeing the way for cell providers to start using the spectrum.

The FCC remains committed to safety “while moving forward with the deployment of new technologies that support American business and consumer needs,” a spokeswoman told Reuters.

The telecom industry has also pushed back on the safety concerns. In a statement to the Journal, the CTIA – a trade association representing industry giants such as AT&T, T-Mobile and Verizon – argued that “Any delay in activating this spectrum risks America’s competitiveness and jeopardizes our ability to ensure global 5G leadership,” adding that telecoms already use the C-Band in 40 countries.