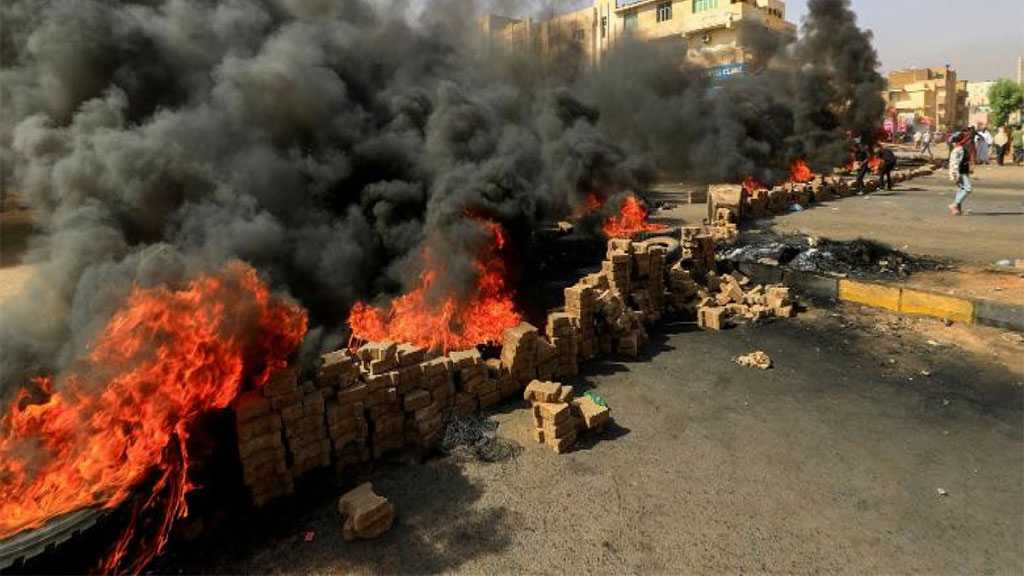 Soldiers arrested most of the members of Sudan's cabinet on Monday in what the information ministry called a military coup, prompting opponents of the takeover to take to the streets.

Amid the protests, news of gunfire and injuries in clashes were reported.

In a statement, Sudan's Ministry of Information confirmed that Hamdok has been detained. It said the prime minister has been moved to an unknown location "after refusing to support coup."

Several members of the country’s civilian leadership were also taken into custody, according to reports.

Among those arrested are Industry Minister Ibrahim al-Sheikh, Information Minister Hamza Baloul, and media adviser to the PM, Faisal Mohammed Saleh, according to Al-Hadath TV.

While an official statement from the military on the dramatic developments is still awaited, telecommunication lines have been snapped and roads leading into Khartoum city have been blocked.

Last week, Sudanese protesters rallied near the presidential palace in Khartoum demanding the dissolution of the transitional government.

Pro-military demonstrators carried banners calling for the dismissal of the government, while some claimed that the transitional administration had “failed” politically and economically.

Crisis-stricken Sudan has been embroiled in a longstanding political crisis since the ouster of President Omar al-Bashir in 2019, driven mostly by deteriorating economic woes.

The transitional government has time and again pledged to fix the economy battered by decades of corruption, internal conflicts, and international sanctions.

But support for the government has waned in recent months amid a tough package of IMF-backed economic reforms, including slashing of fuel subsidies and a managed float of the Sudanese pound.