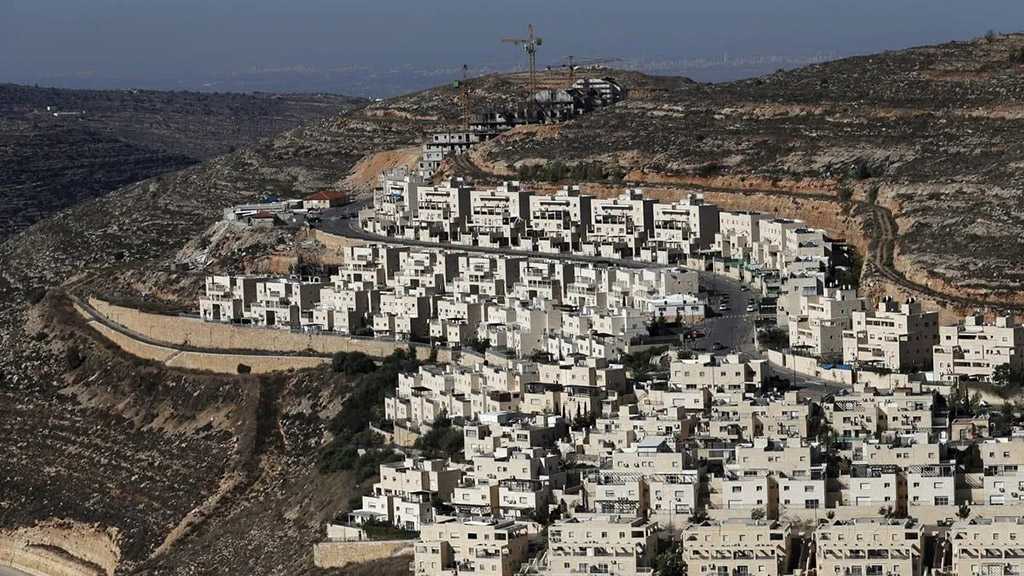 In a statement on Sunday, the “Israeli” group, which tracks settlement construction in the occupied territories, condemned Tel Aviv’s ongoing construction of more than 30 settlement units for illegal “Israeli” settlers in the heart of al-Khalil city, south of the occupied West Bank, Palestine’s official Wafa news agency reported.

“Israel” “is acting like an annexation” entity, it said, adding that “since 1980s,” no cabinets of the occupying regime “has dared to build a new settlement in the heart of the largest Palestinian city in the West Bank.”

The project, which was approved by “Israeli” authorities four years ago, includes building 31 settler units at a military base with an allocated budget of more than $6 million. Palestinian residents and activists in al-Khalil say the new neighborhood would exacerbate friction in the area.

The regime’s war minister “has to stop construction,” Peace Now stressed, adding that the construction of the so-called units must come to an immediate halt “even if the plan was approved by the previous” cabinet.

“The moral and political price of having a settlement in Hebron [al-Khalil] is unbearable,” the anti-settlement group emphasized.

According to Palestinian Wafa news agency, earlier this week, “Israeli” settlers commenced construction work on the new settlement in the heart of the Old City of al-Khalil at the old bus station complex, which has been occupied by the “Israeli” military for years as a base and is now being established as a settlement.

Furthermore, the “Israeli” regime is to approve the construction of 3,000 new settler units in the occupied West Bank next week.

According to “Israeli” media, the new units will be distributed between 30 settlement areas and outposts in the West Bank and East al-Quds. The new settler units would mainly be constructed in the settlement areas of Rafafa, Kedumim, Kfar Etzion, and Har Bracha.

It would be the first time the settlement units are approved during the administration of US President Joe Biden and the current “Israeli” cabinet. The plan was initially due to go up for approval two months ago, but was stalled by the regime’s civil administration.

On Sunday, Jordan, which is the custodian of the holy sites at the al-Aqsa Mosque compound in the occupied Old City of East al-Quds, for its part, warned “Israeli” authorities not to approve the construction of 3,000 new settlement units in the occupied Palestinian territories, Wafa said in a separate report.

“The ‘Israeli’ settlement policy in the occupied Palestinian territories, including settlement construction or expansion or confiscation of property or the displacement of Palestinians, is an illegal policy that undermines efforts to establish calm and the chances of a two-state solution that would bring about a comprehensive and just peace,” the statement further read.

More than 600,000 “Israeli” settlers live in over 230 settlements built since the 1967 “Israeli” occupation of the Palestinian territories of the West Bank and East al-Quds.

All “Israeli” settlements are illegal under international law as they are built on occupied land.