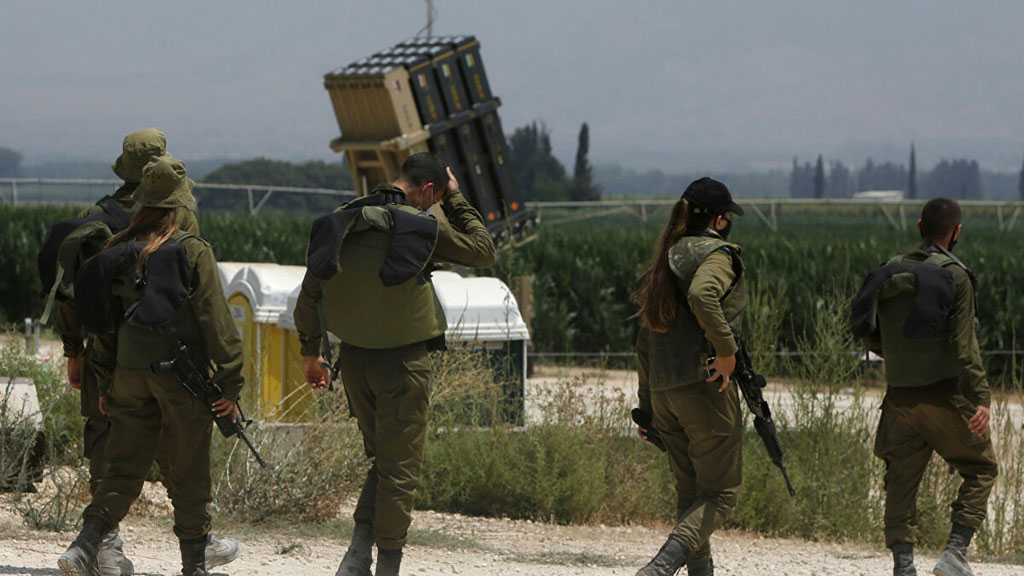 The military correspondent at the Maariv Newspaper, Tal Lev-Ram, discussed several potential scenarios that the ‘Israeli’ army is preparing for in case of a war with Hezbollah. The ‘Israelis’ are conducting assessments and developing strategies in an upcoming military exercise.

“The army expects two incidents related to hazardous materials in the city of Haifa over a three-week period, in addition to the targeting of the port with precision missiles that can be fired from the Lebanese side," Lev-Ram explained.

He indicated that "the home front, the police, and the various rescue services will maneuver on this basis next month."

"Amid Hezbollah's developing capabilities in terms of the number and accuracy of missiles, our army has prepared several assessments of the damage that will occur in the war," he added.

"These assessments are considered to be highly likely for the next confrontation scenario. After examining the data about Hezbollah's capabilities as well as the capabilities of the ‘defense’ systems in the ‘Israeli’ army, the latter took into account that approximately 6% of the rockets launched by the party will hit urban areas and will not be intercepted by ‘defense’ systems.”

He pointed out that "in the industrial zone adjacent to Haifa Bay, there are many facilities housing hazardous materials that are expected to be targeted and cause a very large explosion, while releasing these hazardous materials."

According to Lev-Ram, Tel Aviv is “very seriously considering the possibility of damage and the great threat from this scenario as the area is inhabited by a number of settlers who may inhale these dangerous materials.”

"Every year, prior to the home front exercise, the authorities assess scenarios attributed to the extent of the expected damage in their cities, so that they can prepare accordingly. Among other things, the heads of the emergency services and agencies in each local authority are required to plan their activities in order to be ready to evacuate about 4% of their settlers after their homes are directly or indirectly hit.”

Lev-Ram claims that "in recent years, efforts have been made to reduce the size of the threat by fortifying facilities in Haifa Bay or reducing the quantity and type of materials stored there, but it is still considered a strategic target for Hezbollah fire, as well as the seaports in Haifa and Ashdod."

"The qualitative difference between the situation in the Second Lebanon War in 2006 and the situation today is that Hezbollah is accumulating accurate capabilities, a given that makes this threat very significant in the upcoming confrontations with the party," the Maariv correspondent added.

"After the end of the maneuvers, which will begin on November 10 of this year, a joint exercise will be conducted by the Home Front Command and the various rescue services in Kiryat Shmona, which will simulate a missile hitting a factory containing dangerous materials."

Lev-Ram notes that when it comes to hazardous materials, “one war room is supposed to work for all the relevant rescue services: the home front, the fire department, the police, the Magen David Adom, and additional government agencies."

"After a complete fortification, the forces are supposed to work together with the factory management to determine the source of the leak of hazardous materials, in return the police will block roads to prevent citizens from entering the dangerous area."

"The Home Front soldiers will work to evacuate the residents in accordance with the standards of the leakage of hazardous materials, the severity and level of danger, and the extent of its impact on residential communities in the area," Lev-Ram said.