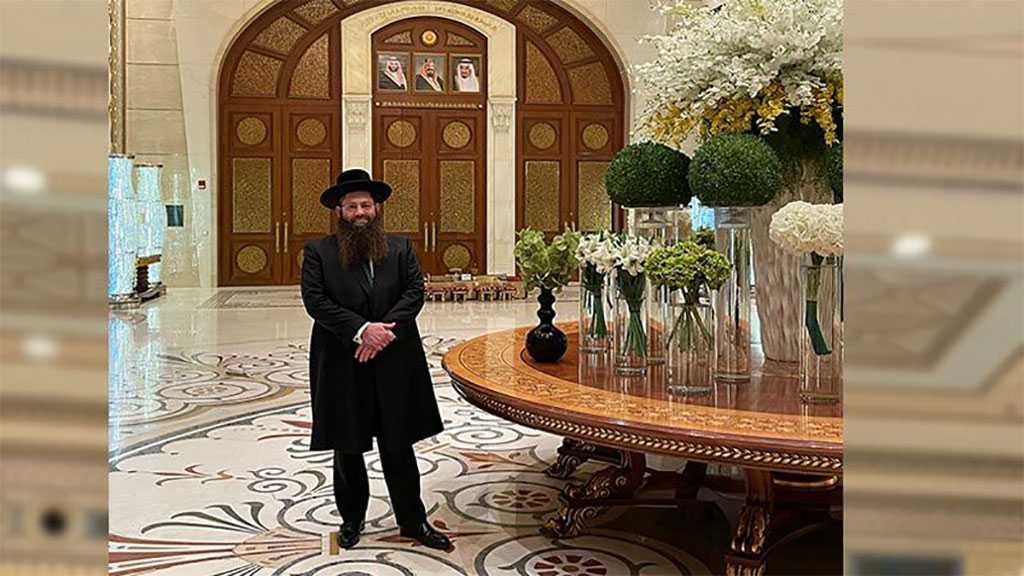 Despite the Saudi denial of Normalization with the Zionist occupation entity, the kingdom, home of Islam’s holy two sanctuaries, facilitates the entry of Zionists and ‘Israeli’ delegation to its lands.

The last guest the Saudi authorities hosted was Rabbi Jacob Yisrael Herzog who was seen in Riyadh being welcomed by a Saudi citizen called Abu Nasser.

‘Israeli’ journalist Edy Cohen published a photo of the Rabbi, and confirmed that he was in Saudi Arabia, namely in the reception hall according to the background in the photo depicting the rulers of the Saudi kingdom.

Additionally, ‘Israel’ Arabic Twitter account published in February a video of Herzog praying for the wellbeing of the Saudi Crown Prince Mohammad Bin Salman who underwent a surgery.

The video was captioned with the following: “The senior Jewish Rabbi in the Gulf countries, Jacob Yisrael Herzog, prays for the recovery of His Excellency Prince Mohammad Bin Salman, the Saudi crown prince.”