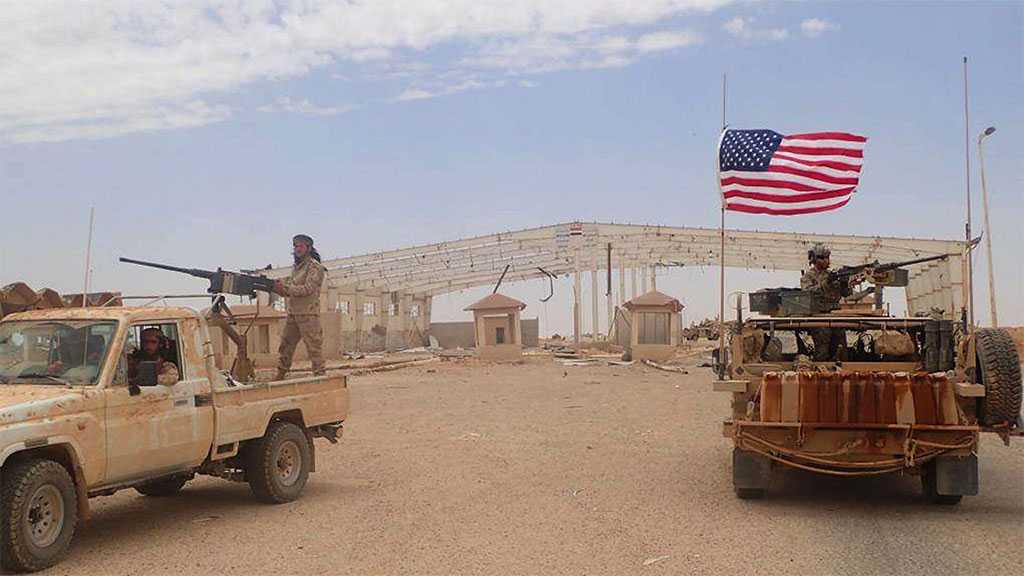 Unidentified drones carried out an offensive against a US occupation military base in Syria.

The targeting was reported across various media outlets in late Wednesday, with al-Mayadeen sources noting that added to the drones, the base was targeted by rocket launchers.

The same sources reported that the bombing targeted the residences of the US occupation soldiers, military barracks, and led to fire and destruction in the base.

The reports specified the target as the outpost located in the hugely-strategic al-Tanf area in southeastern Syria.

The United States has been trying to exercise control over the area, which hosts an intersection of the Syrian, Iraqi, and Jordanian borders.

Sky News Arabia cited “an American official” as describing the incident as a likely “rocket attack.”

“Preliminary evaluations,” the official claimed, had shown that “Iraqi groups” had conducted the airstrikes.

The United States led scores of its allies in an invasion of Syria in 2014.

The coalition that has purportedly been seeking to fight the Takfiri terrorist group of Daesh [Arabic for ‘ISIS/ISIL’] sustains its illegal presence in the Arab country, although Damascus and its allies defeated the terror outfit in late 2017.