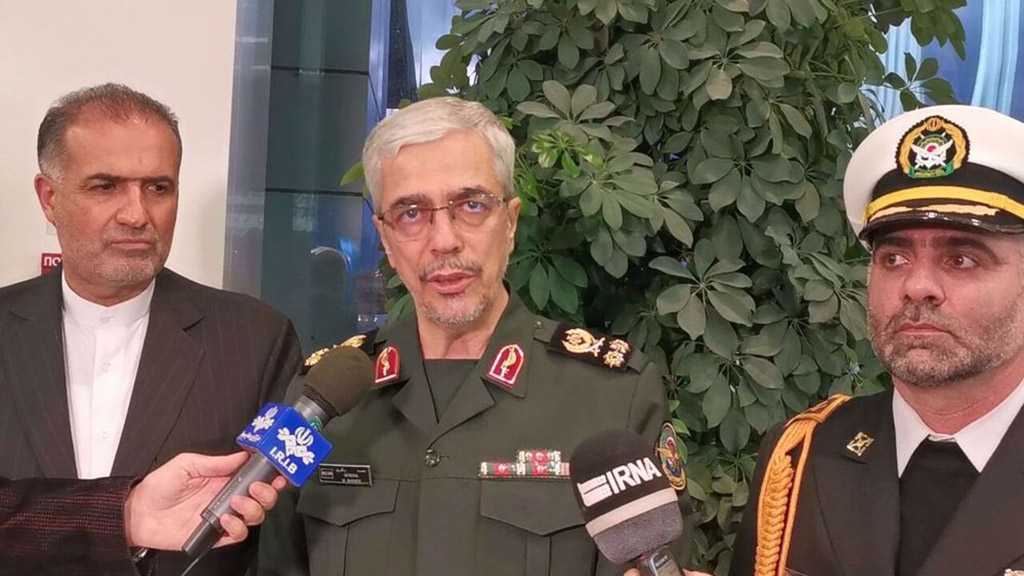 Iran’s top commander says the Islamic Republic is resolute on the improvement of military cooperation with Russia in line with the administration of President Ebrahim Raisi’s “Look to the East” policy.

Speaking upon his arrival in Moscow on Sunday, chairman of the Chiefs of Staff of the Iranian Armed Forces, Major General Mohammad Baqeri, said the new administration attaches special importance to the East and the Eastern countries.

He highlighted the Shanghai Cooperation Organization [SCO]’s move to accept Iran’s full membership in the Eurasian political, economic, and security alliance after the inauguration of the new administration.

In a notable diplomatic success, Iran became a full member of the SCO on September 17, after waiting for years as an observer to join the rapidly expanding Eurasian political, economic and security alliance, led by Russia and China. The accession was announced during the 21st meeting of the SCO Council of Heads of State in Tajikistan’s capital city of Dushanbe, with President Raisi in attendance.

The top Iranian commander emphasized that the Armed Forces of Iran and Russia would strengthen military cooperation.

Baqeri said Iran has signed agreements with Russia on arms purchases after the termination of a decade-long UN arms embargo on Tehran, which would be discussed during the current visit. “We have cooperation with Russia’s Armed Forces and bilateral cooperation has been improved in recent years.”

The administration of former US president Donald Trump suffered an embarrassing loss after it failed to renew the Iranian arms embargo through a resolution at the United Nations Security Council.

Russia and China voted against the motion and the remaining 11 council members, including France, Germany and the UK, abstained. The embargo was lifted on October 18, 2020 under Security Council Resolution 2231, which endorsed the 2015 nuclear agreement, officially known as the Joint Comprehensive Plan of Action [JCPOA].

Heading a high-ranking military delegation, Baqeri travelled to Moscow at the official invitation of Minister of Defense of the Russian Federation and General of the Army Sergei Shoigu.

The expansion of defense and military cooperation, fight against terrorism and leading regional and international developments are among issues on the agenda of talks between Iranian and Russian officials.

The top Iranian commander wrapped up a four-day official visit to Pakistan on Friday.

Baqeri told IRNA on Friday that Iran and Pakistan have agreed to work towards the establishment of full security along common borders and improve bilateral military cooperation by holding joint naval drills.

Yemeni Armed Forces: We’ll face escalation with escalation and to carry out more military operations within Yemen’s legitimate defense in response to the continued aggression and siege
Yemeni Armed Forces call upon all citizens and residents in the targeted areas to stay away from military sites, as their targets have become legitimate for Yemeni forces