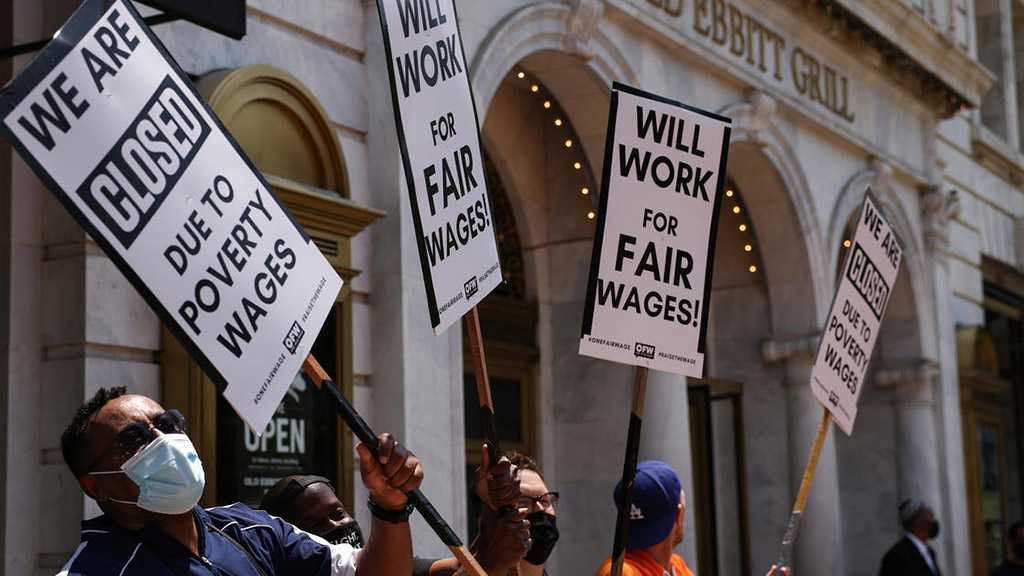 The latest Job Openings and Labor Turnover Survey – JOLTS – from the US Labor Department showed that the number of Americans quitting their jobs jumped to 4.3 million in August. That is 2.9 percent of all employed workers in the US, marking the highest quits rate on record.

Meanwhile, the number of job openings in the US fell slightly to 10.4 million in August, but that follows on from July which saw a record 11.1 million jobs go begging.

A high quits rate normally signals how confident American workers feel about their job prospects. But a deeper dive into the data suggests that fear of contracting the Delta variant of COVID-19 could also be driving workers onto the sidelines.

Some 892,000 workers in the customer-facing accommodation and food services sectors quit their jobs amid an August surge in COVID cases. That is 157,000 more than the previous month.

The number of people walking off the job and the sheer number of job vacancies has become an increasing source of concern for the nation’s economic recovery.

Jobs are only officially minted when someone is hired, and the economy added only 194,000 them in September. That is the tiniest monthly gain this year.

The US labor market is still roughly five million jobs shy of recouping the 22 million jobs lost to the first wave of COVID lockdowns last year. But some 51 percent of small business owners said they had job openings they could not fill in September, according to a survey by the National Federation of Independent Business

To entice workers off the sidelines, businesses have been offering incentives like signing bonuses and wage rises. Some 42 percent of small business owners said they raised compensation last month. That is up one point from August and marked a 48-year record high.

Virus fears, a lack of child care options, and savings accounts full of US government stimulus dollars have all been cited as possible factors keeping workers on the sidelines.

But what is undoubtedly a workers’ jobs market is facing some possible headwinds.

Federal unemployment benefits expired in early September – one week before the monthly jobs data was compiled by the US Labor Department, so the impact of that void in the social safety net has likely not yet shown up in the data.

And a measure of consumer confidence by the Conference Board – which gauges how people feel about the economy currently as well their future expectations- also fell in September, following a sharp decline in August.