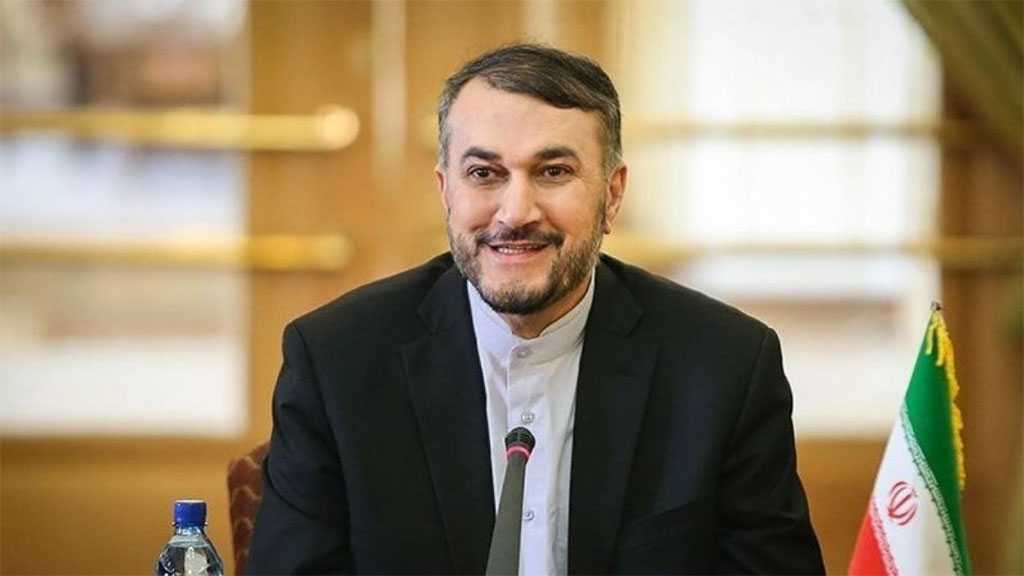 Iran’s Foreign Minister Hossein Amir Abdollahian announced that his country offered the Lebanese government to build two power plants in the north and south with a capacity of 2,000 megawatts as well as rebuild the Beirut Port.

He further reiterated that Iran supports Lebanon and its resistance in preserving its independence and sovereignty and is ready to help at the request of the Lebanese government.

In an interview with Al-Manar TV, Abdollahian indicated that French President Emmanuel Macron desires good relations with Iran and wants to take advantage of the transformations that are taking place in the region.

“We will not be on the side of France if it interferes in Lebanese affairs, but we support any path to stability in Lebanon,” Abdollahian stressed.

The Iranian Foreign Minister described the Secretary-General of Hezbollah His Eminence Sayyed Hassan Nasrallah as the greatest political leader in Lebanon and the region, noting that Hezbollah sacrificed a great deal in confronting the Zionist entity.

He also explained that the United States does not have a fixed policy in the region. “Let it [the US] build two power stations in 18 months for Lebanon,” the top Iranian diplomat said.

Abdollahian pointed out that the martyr leader, Qassem Soleimani, is a national and global hero in confronting terrorism, and he did so in cooperation with Hezbollah, the Iraqi, Syrian, and other Lebanese forces.

In parallel, he underlined that Tehran’s policy is to maintain good relations as he spoke about foreign interference in the affairs of Iran's neighboring countries.

“We told the Azerbaijanis that the ‘Israeli’ presence in your country is not in the interest of peace within our region.”

He noted that Iran carried out a military maneuver along the borders with Azerbaijan while delivering a message of peace and friendship and preventing the presence of the Zionists and the takfiris in the region.

The diplomat pointed out that the Zionists are living in a prison of their own making and that they have too many internal crises. He added that the Islamic Republic is closely monitoring the movements of the Zionists, who carried out a series of sabotage acts, which were met with a severe response.

He also stressed that Iran has relations with all Afghans and supports a government that includes all components of Afghan society. He added that "the American withdrawal from the region is decided."

Abdollahian explained that he told Tehran’s Iraqi allies that Syria should have been present at the final conference held in Baghdad.

Regarding the relationship with Saudi Arabia, Abdollahian pointed out that the Saudis were the ones who cut off relations with Iran and killed four thousand Iranians in the Hajj pilgrimage, noting that people in the Gulf were surprised by Iran’s need for nuclear energy and oil.

“Nuclear knowledge is essential for electricity, medicine, and for future generations,” Abdollahian said addressing the Gulf.