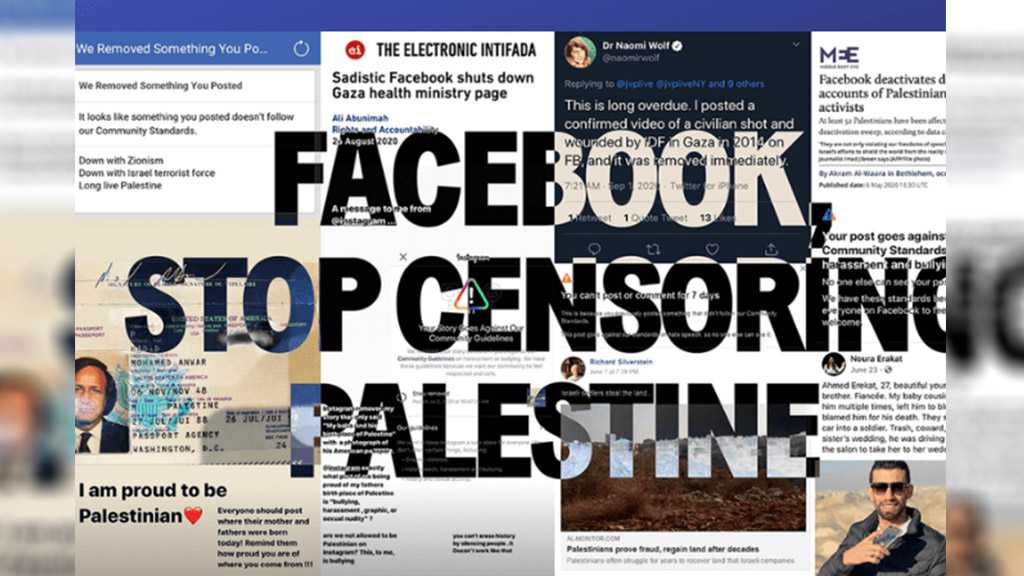 Facebook and its Instagram platform have wrongfully removed and suppressed content by Palestinians, including about abuses during “Israeli”-Palestinian violence this year, Human Rights Watch [HRW] said on Friday.

The accusation adds to pressure on the world’s largest social network after a whistleblower told US lawmakers on Tuesday that the company needs to be regulated.

Palestinians had complained publicly about censorship of social networks in May, when unrest in al-Quds [Jerusalem] escalated into a deadly military confrontation.

"Facebook has suppressed content posted by Palestinians and their supporters speaking out about human rights issues in ‘Israel’ and Palestine," Deborah Brown, senior digital rights researcher for HRW, said in a statement which called the action censorship.

The US-based watchdog urged Facebook to commission an "independent investigation into content moderation regarding ‘Israel’ and Palestine, particularly in relation to any bias or discrimination in its policies, enforcement, or systems".

HRW cited three examples in which Instagram removed posts for containing "hate speech or symbols", yet the posts were later reinstated after complaints.

This "suggests that Instagram's detection or reporting mechanisms are flawed", the watchdog said.

Earlier this year, HRW accused the “Israeli” entity of subjecting Palestinians to a regime of apartheid.