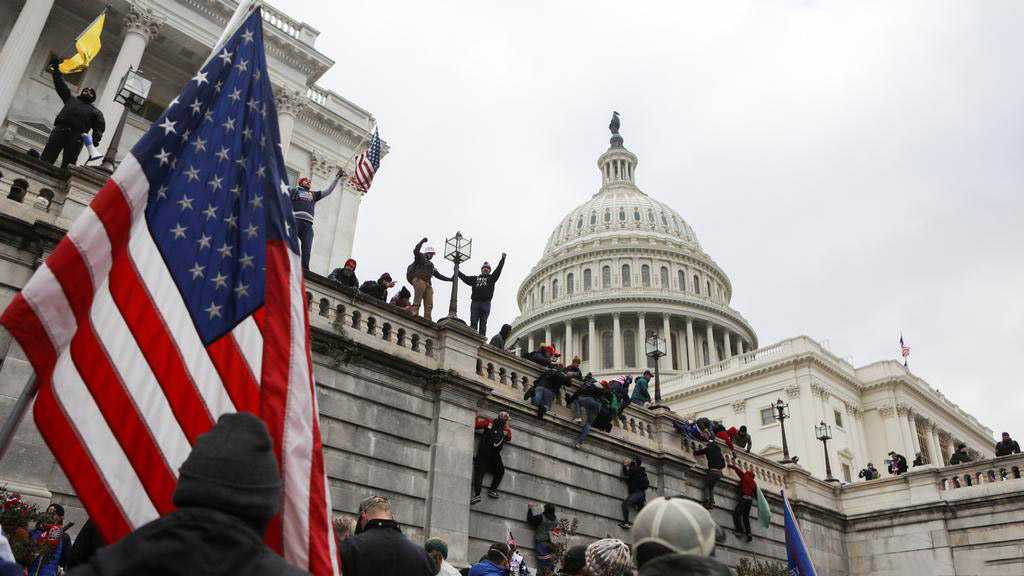 Joe Biden has blocked an attempt by former US president Donald Trump to withhold documents from Congress related to the 6 January insurrection at the US Capitol.

Jen Psaki, the White House press secretary, said Biden authorized the National Archives, a government agency that holds records from Trump’s time in office, to turn over an initial batch of documents requested by a House of Representatives select committee investigating the riot.

“The president’s dedicated to ensuring that something like that could never happen again, which is why the administration is cooperating with ongoing investigations,” Psaki told reporters. “The president has determined that an assertion of executive privilege is not warranted for the first set of documents from the Trump White House that have been provided to us by the National Archives.”

A mob of Trump supporters stormed the Capitol in a failed effort to prevent the certification of Democrat Joe Biden’s presidential election victory, resulting in five deaths. More than 600 people now face criminal charges stemming from the riot.

In August a House select committee investigating the insurrection requested various records, including communication within the White House under Trump, his movements and communications that day and information about planning and funding for rallies held in Washington.

Trump’s legal team sought to deflect some of the requests by invoking executive privilege, a legal doctrine that protects the confidentiality of some communications between White House officials.

But in a letter to the archivist of the United States, the White House counsel, Dana Remus, wrote “these are unique and extraordinary circumstances” and the documents “shed light on events within the White House on and about January 6 and bear on the Select Committee’s need to understand the facts underlying the most serious attack on the operations of the Federal Government since the Civil War”.

The decision, which affects only the initial batch of documents reviewed by the White House, sets up a potential showdown with Trump, who has repeatedly downplayed the events of 6 January and sought to recast the rioters as “patriots”. The Guardian reported that he plans to sue to prevent release of the documents if necessary.

On Friday, the former president responded with a letter to the National Archives that formally claimed executive privilege over about 50 documents requested by the select committee.

Trump’s letter stated: “In cases like this, where Congress has declined to grant sufficient time to conduct a full review, there is a longstanding bipartisan tradition of protective assertions of executive privilege designed to ensure the ability to make a final privilege assertion, if necessary, over some or all of the requested material.”

The ex-president added in a statement that “Radical Left Democrats” were “trying once again to use Congress to persecute their political opponents”. He claimed, without evidence, that the 6 January committee “is about using the power of the government to silence ‘Trump’ and our Make America Great Again movement, the greatest such achievement of all time”.

He said: “It’s another grand distraction, because Biden and the Democrats don’t want you to see how badly America is losing due to their incompetence.”

Trump spent weeks before 6 January pushing “the big lie” of a stolen election and urged the crowd that day to “fight like hell”. A Senate judiciary committee report this week detailed his efforts to pressure the justice department to overturn the election result in his favor.

Legal experts say his efforts to block the 6 January documents would be unlikely to succeed.

Key Trump allies have also vowed not to cooperate with the select committee. On Thursday Steve Bannon, former White Houses chief strategist, said he would not comply with a subpoena it issued last month.

A lawyer for Bannon, Robert Costello, wrote in a letter to the committee that Bannon would refuse to comply because of Trump’s claim that he can invoke executive privilege to block Bannon’s testimony.

The committee responded on Friday with a threat of criminal contempt charges against Bannon. Bennie Thompson and Liz Cheney, who lead the committee, said in a joint statement: “Though the Select Committee welcomes good faith engagement with witnesses seeking to cooperate with our investigation, we will not allow any witness to defy a lawful subpoena or attempt to run out the clock, and we will swiftly consider advancing a criminal contempt of Congress referral.”

They added that two other witnesses subpoenaed by the panel, the former White House chief of staff Mark Meadows and former Pentagon aide Kash Patel, are “engaging” with the committee. The status of a fourth witness, former Trump communications aide Dan Scavino, remains unclear.

A committee effort to charge witnesses with contempt would probably involve a vote of the full House and a referral to the justice department.

Joe Lockhart, a former White House press secretary, tweeted: “Any legal move to claim executive privilege for the former President’s aides runs counter to existing law and should be prosecuted as obstruction of Justice. That is a crime in plain sight right now.”