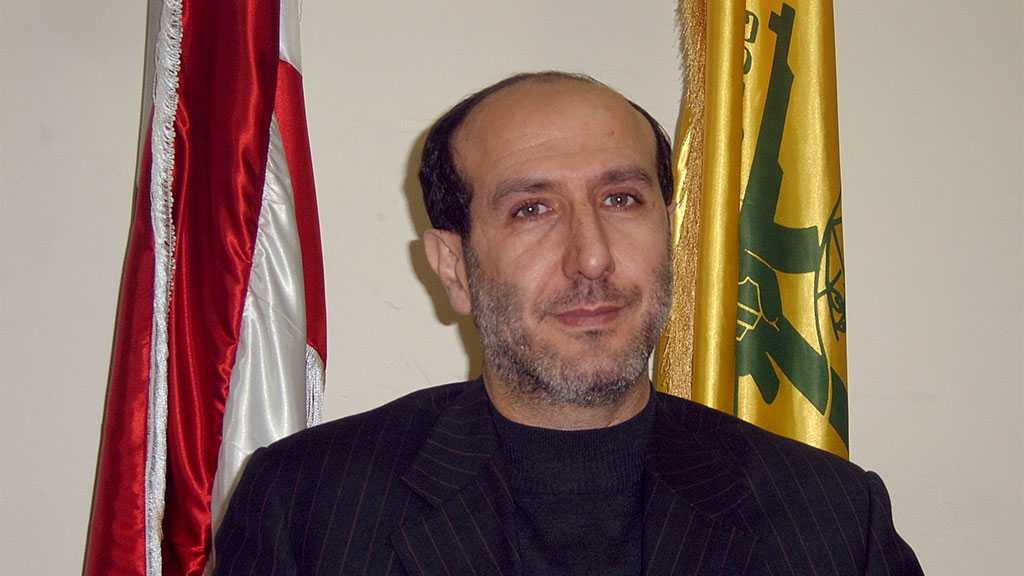 Member of Hezbollah’s “Loyalty to the Resistance” Parliamentary Bloc Sayyed Ibrahim Al-Moussawi asserted that “The American administration is practicing a policy of dictation, where the blatant American interference in the Lebanese affairs has reached its maximum, as it is permeating all the levels, amid the silence of some parties about the American violations.”

MP al-Moussawi condemned the “The US blatant breach to decimate Lebanon” in a radio interview, inviting the Lebanese foreign minister to take a stance that condemns this interference.

He also stressed that the bet in this context is on those who have wisdom and reckon the nature of the United States.

Regarding the cabinet affairs, Sayyed al-Moussawi said that “the cabinet should fully take its chances,” adding in the context of the ministerial committee that aims at negotiating with the International Monetary Fund: “Let’s give the cabinet a chance as long as we are part of it and we support it.”

Regarding the “Biqaa Nitrate”, MP al-Moussawi underscored that “there is a big conspiracy that is being gradually revealed,” stressing that “it’s the right of the victims’ families to learn the truth of the Beirut Port blast.”

On the other hand, Sayyed al-Moussawi stressed that “Hezbollah is going for the initiative of distributing the Iranian diesel oil”, considering that “the unity of the Lebanese people is being renewed today in this regard.” He added that “we are working on alleviating the suffering of people as much as possible, and we stress that we aren’t an alternative to the government.”

“Hezbollah is currently studying a plan regarding offering a special help regarding transportation to schools, notably official schools, through providing as much as possible diesel oil supply,” he added.