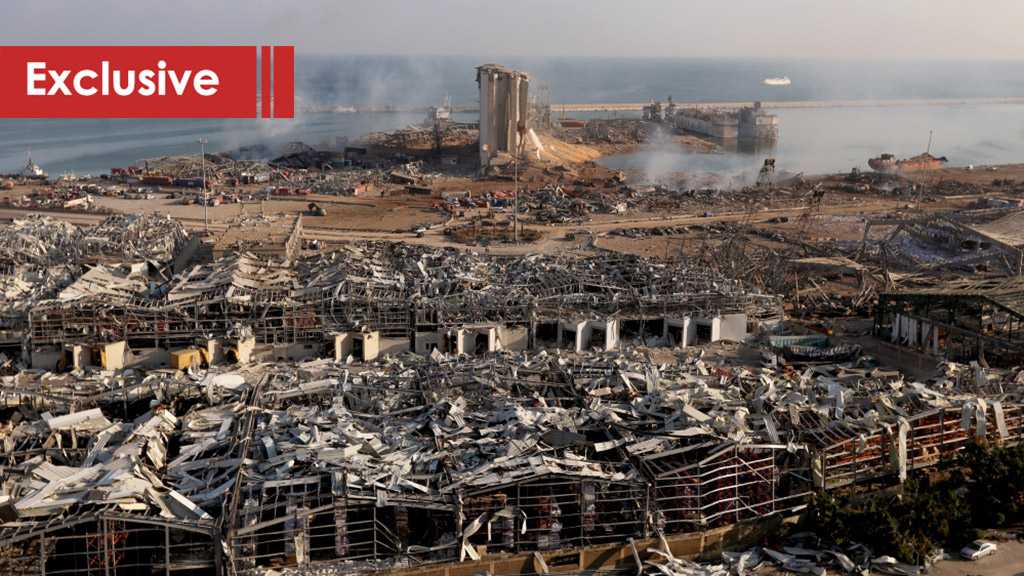 Beirut – A year and two months after Beirut sea port explosion or what used to be called Beirutshima in comparison to Hiroshima in Japan and the investigations about the issue have not been revealed and the responsibility has not been clearly announced with growing doubts the whole file is being politicized and used by the US and its Lebanese allies to settle some accounts inside Lebanon.

The devastating scars of the explosion, which killed 218 people, injured 7,000 and displaced over 300,000 remain apparent, while the families of the victims are still waiting for answers and demanding justice to be enacted.

The evidence overwhelmingly shows that the August 2020 explosion in Beirut’s port has been the result of actions and omissions of senior Lebanese officials who fell short to precisely report the dangers posed by the ammonium nitrate, knowingly stored the material in unsafe conditions, and tragically failed to protect the people.

Questions are being raised regarding whether the ammonium nitrate was intended for Mozambique, as the Rhosus‘s shipping documents stated, or whether Beirut was the target. The evidence currently available also indicates that multiple Lebanese authorities were criminally negligent under Lebanese law in their handling of the cargo, creating an unreasonable risk to life.

Officials within the Ministry of Public Works and Transport, were warned about the danger, yet failed to correctly communicate it to the judiciary or to adequately investigate the potentially explosive and combustible nature of the ship’s cargo, and the danger it.

But in the year since the explosion, procedural and systemic flaws in the domestic investigation have rendered it incapable of credibly delivering justice. These flaws include a lack of judicial independence, especially the intervention of foreign embassies in the ongoing process of investigation. Lack of respect for fair trial standards, and due process violations.

The main issue at stake here is the way the judiciary is handling the file. Judge Bitar who is assigned the responsibility of the investigation has littered the body of this very investigation with many holes and has already undermined its credibility along with the credibility of the whole judiciary system. He has already used his authority in a discretionary way in summoning some figures to investigation and dropping others from the list. Despite calls from high ranking figures and officials in the country he continues to pursue his efforts the same way and the same direction which would put the while country in a serious stage. This opens the way wide to reconsider and question the integrity, honesty and straightforwardness of some of those who assume certain sensitive responsibilities.

Those who have been lecturing in the necessity of the judiciary independence [which is a right and just demand] should know as well that independence should be meant and worked for fully whether from inside or outside the country, and most importantly from the outside as it might obstruct the way of investigation, impede justice and devastate everything.