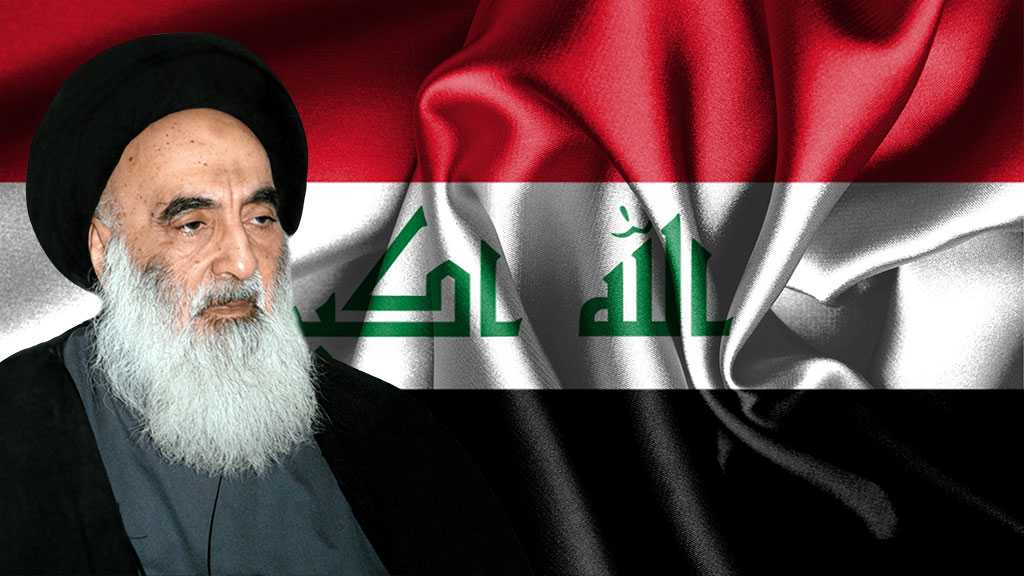 Iraq’s most prominent Shia cleric, Grand Ayatollah Sayyed Ali al-Sistani, called for high turnout in the upcoming parliamentary elections, stressing that wide participation in the vote remains the safest way to a brighter future for the Arab country.

The religious authority “encourages everyone to participate consciously and responsibly in the upcoming elections,” although it is not without some shortcomings, said a statement published on the official website of the top cleric on Wednesday.

The election remains the safest way for the country to “reach a hopefully better future than the past, and through which the risk of falling into the abyss of chaos and political stalemate will be avoided,” added the statement.

Sayyed Sistani called on voters to take lessons from past experiences and realize the value of their votes and their important role in shaping the future of the country, so that they can take advantage of the important opportunity ahead of them to “bring about a real change” in running the country and to “remove corrupt and incompetent hands” from power.

That would materialize if the people “actively participate in the election and make good choices,” otherwise the failures of previous parliaments and governments emanating from them will be repeated, he added.

Ayatollah Sistani did not throw his weight behind any candidate but called on Iraqis to choose honest people who will prioritize Iraq’s sovereignty, security and prosperity as well as noble values and interests of the country and to refrain from voting for those who are involved in corruption or act outside the framework of the constitution.

The top cleric also called election officials to work to ensure that vote is held in a sound atmosphere, far from the influence of money and foreign interference and to ensure that people’s votes are protected.

Iraq is set to hold a general election on October 10, which will be its fifth parliamentary vote since the 2003 US-led invasion that toppled former dictator Saddam Hussein.

The vote was originally scheduled to take place next year, but was brought forward in line with a demand of protesters who took to the streets in October 2019 demanding change in the country and fight against corruption.