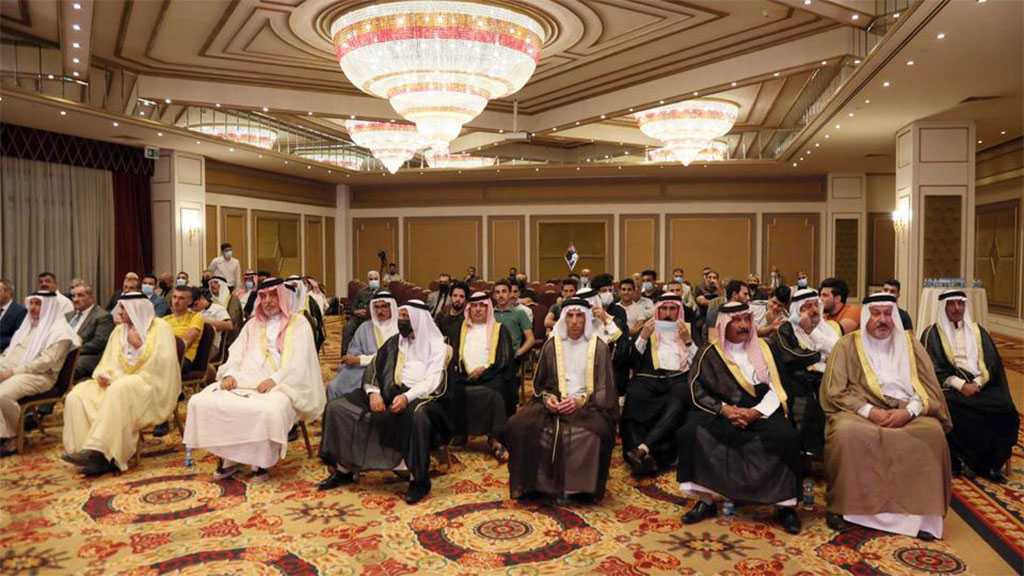 The Iraqi judiciary on Sunday announced it has issued arrest warrants for three people including an ex-MP over a meeting that called for a normalization of ties with the Zionist occupation entity.

More than 300 Iraqis, including tribal leaders, attended Saturday's forum in autonomous Iraqi Kurdistan organized by a US think-tank.

The judiciary, in a statement on its website, said it would take legal action against the others once they had been identified.

It named the three wanted for their role in calling for normal ties with the ‘Israeli’ occupation entity as tribal chief Wissam al-Hardan, ex-MP Mithal al-Alusi and Sahar al-Tai, head of research at the cultural ministry.

Alusi is a controversial secular Sunni MP who was briefly stripped of his parliamentary immunity in 2008 for visiting the ‘Israeli’-occupied Palestinian territories.

Iraq has been technically in a state of war with the Tel Aviv regime since the creation of the occupation entity in 1948.

At the forum held in Erbil, the Kurdish capital, Tai read out a closing statement saying: "We demand our integration into the Abraham Accords."

The 300 participants came from across Iraq, according to CPC founder Joseph Braude, a US citizen of Iraqi Jewish origin.