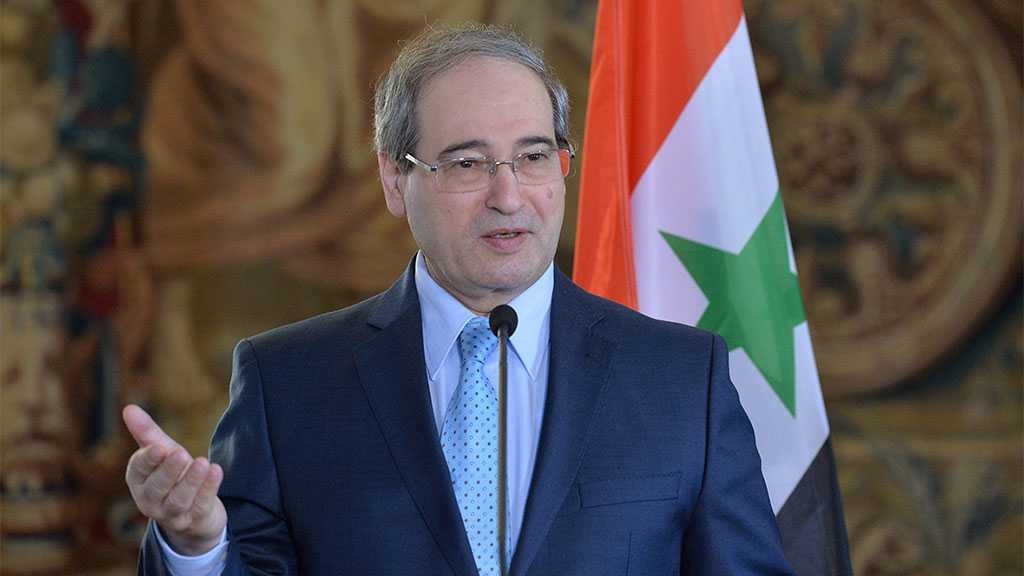 Welcoming any move to foster closer relations between Iran and Arab countries, Syrian Foreign Minister Faisal Mikdad reiterated that Damascus is neither afraid of the ‘Israeli’ occupation regime nor its backers.

In an interview with Beirut-based al-Mayadeen TV on Sunday, Mikdad said his government supports efforts aimed at integration between the regional countries.

He said the Islamic Republic of Iran has always supported the Arabs and sided with the people of Syria and Palestine, welcoming any move toward rapprochement between Tehran and the Arab world.

“We must respond well to the good behavior of the Iranian side,” Mikdad said.

He also said the government in Damascus is “not afraid of ‘Israel’ or its sponsors”, as he reaffirmed support for Lebanon which has seen Syria serve as a conduit for shipments of Iranian fuel to the crisis-stricken neighboring country.

Earlier this week, the second Lebanon-bound shipment of Iranian fuel arrived in Syria's northwestern port city of Baniyas under an initiative by the Hezbollah resistance movement to ease the Arab country’s crippling energy crisis.

The fuel is being imported to sanctions-battered Lebanon via Syria in an effort to avoid entangling Lebanon in the US sanctions on Iran.

“The vessel, from the moment it sails until it enters [Mediterranean] waters, will be considered Lebanese territory,” he said during a televised speech last month. “To the Americans and ‘Israelis’, I say: It is a Lebanese territory.”

Mikdad, echoing Sayyed Nasrallah's words, said Syria is not afraid of the ‘Israeli’ regime and its attempts to prevent the Iranian fuel from reaching Lebanon.

He also lashed out at the Western countries for their “double standards” toward the government and the people of Syria.

“Syria does not trust the intentions of Western countries,” Mikdad asserted. “These countries created terrorism in Syria and financed it and they continue to send terrorists and assassins to Syria.”

The Syrian foreign minister also denounced the unilateral US approach, stressing that Washington has suffered on the account of its distance from international organizations.

“Syria is rich in natural resources, but the US and European sanctions have caused problems to the country’s economy,” he said, lambasting the sanctions regime against Syria.

He also called for annulling the Caesar Act, which blocks foreign investments in Syria’s reconstruction efforts, calling it a “crime against humanity" by the US government.

The top Syrian diplomat further called for the “dignified withdrawal” of US forces from the region, “not like Afghanistan.”