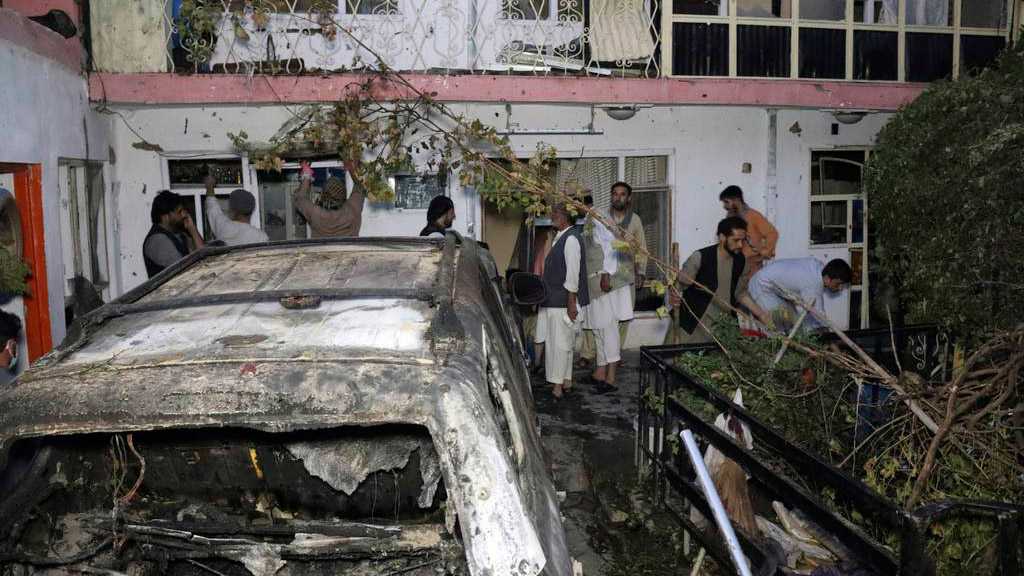 The Pentagon has identified an alleged Wahhabi Daesh [Arabic acronym for “ISIS” / “ISIL”] member killed in a US drone strike in Afghanistan last month, claiming he was behind attacks on American troops after admitting a separate strike in Kabul killed civilians.

“Post-strike reflections indicate that Kabir Aidi was directly connected to the ISIS-K leaders that coordinated the August 26 attack at [Hamid Karzai International Airport],” the spokesman said, referring to a suicide bombing that killed at least 169 Afghan civilians and 13 American soldiers during a hasty evacuation effort last month.

Aidi was involved in “attack planning and magnetic IED production,” as well as the “distribution of explosives and suicide vests,” Rigsbee went on, adding he was “directly connected to threat streams in Kabul throughout the non-combatant evacuation at the Hamid Karzai International Airport.”

The spokesman gave no indication of how the military arrived at those conclusions, but also alleged Aidi was behind previous attacks in the Afghan capital, including at Kabul University in November 2020.

The Nangarhar strike, as well as another drone bombing in Kabul on August 29, were launched in retaliation for the airport attack, which came as Washington withdrew its remaining personnel following 20 years of war.

However, while CENTCOM initially claimed the Kabul operation was a success – with Chairman of the Joint Chiefs of Staff Mark Milley even deeming it a “righteous strike” – the military has since acknowledged that a man originally thought to be an ISIS fighter was, in fact, a non-combatant, and that the drone strike killed nine other civilians, including seven children.

A follow-up investigation by the New York Times, moreover, found that the driver of the car hit in the drone strike, identified as Zemari Ahmadi, had worked for a US-based aid organization since 2006 as an electrical engineer. Others killed, all of whom belonged to the same family, had also reportedly worked alongside the US military as contractors during the war.

While the Pentagon said it had not identified Ahmadi prior to killing him, it claimed he was behaving suspiciously on the day of the drone strike, and that he was seen loading items into his car believed to be explosives. The Times, however, obtained security footage that showed Ahmadi loading jugs of water into his car, suggesting the military may have mistaken them for bombs.

The War Department did say early on that civilians may have died in the strike, but maintained for some time that they were likely killed in a “subsequent” blast triggered by explosives carried in the vehicle, rather than the US drone strike itself. CENTCOM head Frank McKenzie has since acknowledged that was not the case, and that none of those killed in the strike had ties to terrorism or posed a threat to US forces, deeming the innocent deaths a “mistake.”

Prior to that admission, the military had described Ahmadi in similar terms as the alleged ISIS fighter identified by CENTCOM on Thursday, calling him an “imminent ISIS-K threat” and claiming the strike was “very disruptive” to the terrorist group’s plans for future attacks.