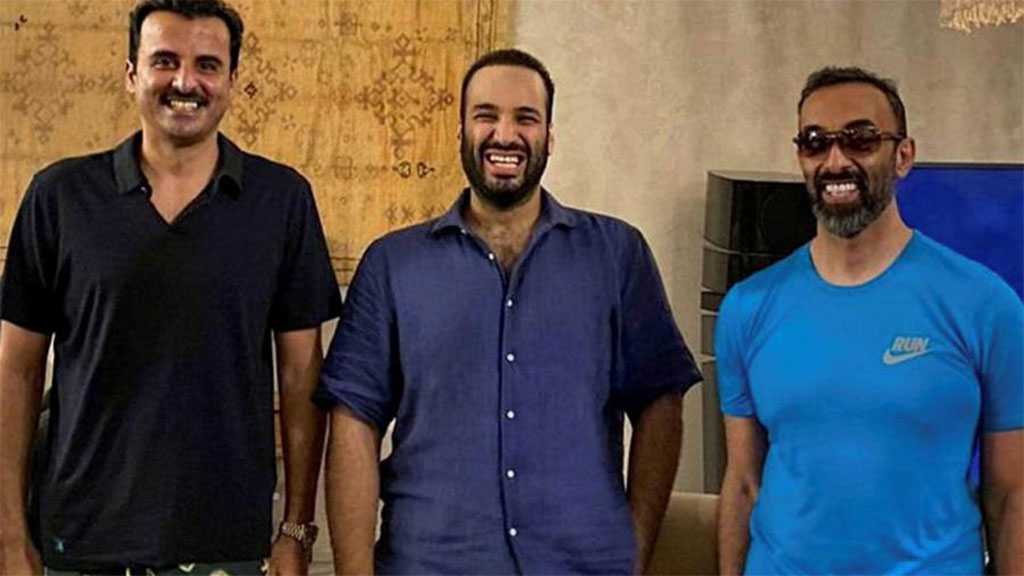 On Thursday evening, the Burj Khalifa, the signature tower of Dubai, the brash commercial hub of the United Arab Emirates, will light up in the colors of the Saudi Arabian flag to celebrate the kingdom’s national day.

This follows last Friday’s “brotherly gathering” at the Red Sea of Mohammed bin Salman bin Abdulaziz al-Saud, crown prince and day-to-day ruler of Saudi Arabia, Sheikh Tamim bin Hamad al-Thani, the emir of Qatar, and Sheikh Tahnoun bin Zayed al-Nahyan, national security adviser and troubleshooter for the UAE. A tweeted photo of the trio in shorts is a study in self-consciousness — unsurprising, given that relations between the three Gulf powers look less than brotherly.

True, in January the Saudis and Emiratis [along with Egypt and Bahrain] lifted a blockade of Qatar imposed in 2017, when they accused the gas-rich emirate of conspiring against them. The failed attempt to crush Qatar belonged to a period of muscular regional behavior indulged by Donald Trump, before the Gulf realized it could not rely on America for its security. The UAE and the Saudis have started to eschew geopolitical rivalries for economic competition — a contest growing more aggressive by the day.

Saudi Arabia, although a giant in comparison to the Gulf emirates, has been constrained by its Wahhabi Muslim puritanism and slow to match the commercial agility and acumen of the UAE. So much so that the crown prince’s entourage has convinced their patron that the UAE is eating the kingdom’s lunch.

Thus, Riyadh began the year decreeing that any company seeking Saudi state contracts must move its regional base to the kingdom by 2024. This aims to force the relocation of multinationals operating in the Gulf from a base in Dubai. By mid-year, the Saudis had also decreed tighter rules on local content, foreign labor and added value, making most UAE goods ineligible for the Gulf Cooperation Council’s common external tariff. Emirati exports to Saudi fell by a third within a month.

While the UAE may need to rebalance its economic and investment relations with its big brother neighbor, this could turn into a zero-sum game — not least because the Saudis have lagged in the fierce Gulf competition for the global spotlight. Next month, Dubai hosts its Expo 2020 world fair, postponed a year because of the pandemic, where it wants to showcase an open and innovative economy. Qatar is the venue for next year’s FIFA World Cup. This is galling for Saudi Arabia, scrabbling to host sporting events such as Formula One races and boxing.

The UAE can also outcompete the Saudis in social and legal liberalization, even though their rulers can each wave the autocrat’s wand. Last year the Emiratis decriminalized alcohol consumption and allowed the cohabitation of unmarried couples. The UAE might move to replace sharia law with common law — except for Muslim family issues. It has already allowed expats access to their personal law codes for questions such as divorce and inheritance.

Even though Saudi Arabia wants to create a rival finance center to the Dubai International Finance Centre at King Abdullah Financial District, a high-rise ghost town in Riyadh, switching legal systems to common law would be seismic.

Meanwhile, the Saudis last month ordered their flagship media groups, headquartered in Dubai for the last 20 years, to relocate to Riyadh, including MBC, the broadcasting conglomerate Mohammed bin Salman seized in 2017. A giant triptych appeared on their HQ in Dubai this week: of the crown prince, his father King Salman, and King Abdul-Aziz ibn Saud, founder of the Saudi state — a dynasty he intends everyone in the Arabian Peninsula to remember.