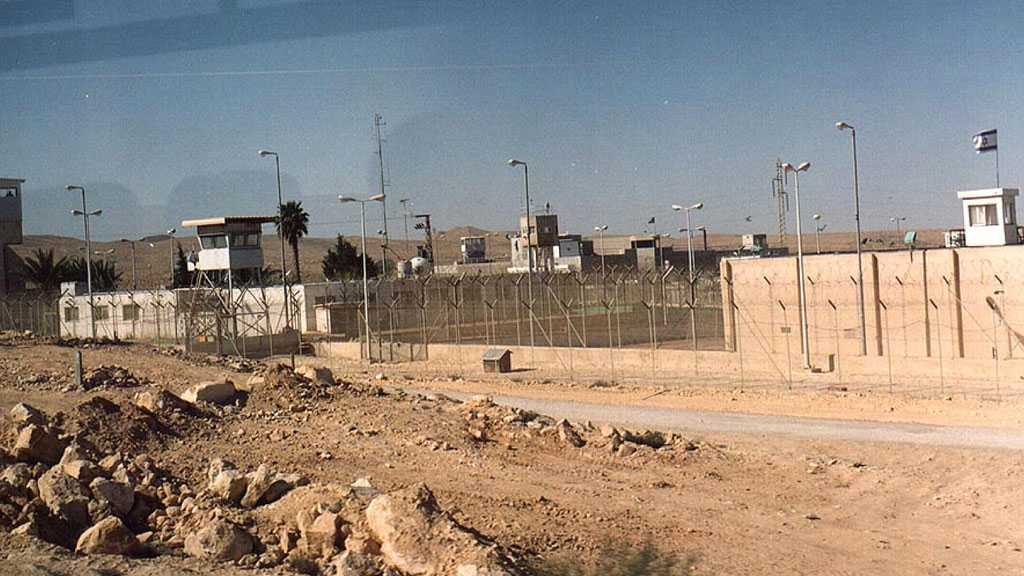 In wake of the heroic Gilboa Prison Break, ‘Israeli’ prisons administration tended to punish detainees to compensate its intelligence failure.

In further details, the Commission of Detainees and Ex-detainees stressed that the ‘Israeli’ prisons’ administration has been recently intending to apply the policy of ‘collective revenge’ and tightening its grip against Palestinian detainees in different prisons, namely in “Nafha.”

In a statement, the Commission said that the Nafha Prison administration is intending to carry out punitive measures against the detainees, in addition to tight security measures, all-night inspections, and exposing the faces of detainees to light every five minutes.

Additionally, the Nafha Prison administration is specifically tightening the measures against the Islamic Jihad detainees, preventing them from remaining in their organizational cells, and transferring them instead to other cells.

The Commission also pointed to two separate cases involving sick detainees, one of which is the case of detainee Mahmoud Abu Wahdan from Balata refugee camp, east of Nablus. He is serving three life sentences.

Abu Wahdan suffers from hemiplegia causing paralysis in the right side of his body. As a result, he is unable to move his right leg and hand, as well as his tongue, which caused a twisting of the face from the right side.

The Commission reported that he was transferred to the ICU in Soroka Medical Center, where he underwent many tests, including a blood test and CT scan. It turned out that he had been subjected to psychological pressure. The Commission pointed out that Abu Wahdan's condition is now stable, but he is now taking four types of medication and is waiting for an MRI scan to determine the cause of the hemiplegia.

In 2003, the prisoner was also beaten on the head, which lead to vision problems. He needs a referral to an ophthalmologist.

The second case is that of detainee Jamal Amro from the city of Al-Khalil. He is serving a life sentence. Amro is in very poor health and is in dire need of urgent medical care.

He has tumors in the liver and kidneys and suffers from stomach and intestinal problems. He recently experienced nerve problems, and his hands often tremble. Amro also has severe dental problems.

The Commission indicated that the Nafha administration was procrastinating in providing him with treatment and deliberately neglected him medically, as he has been suffering from these health problems since 2018.

It further added that a date was set for a gland operation at Soroka Medical Center a month and a half ago, and on the day of the operation, he was informed of its cancellation. The reason was that the prison doctor refused to take him out claiming that he does not need an operation.