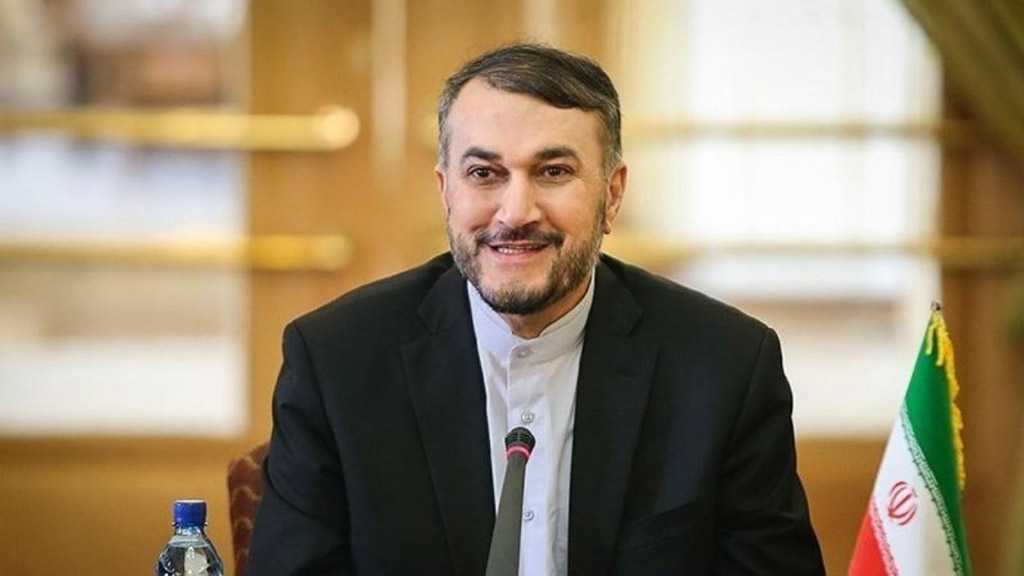 Iran’s foreign minister has announced that the new Iranian administration will resume talks in Vienna aimed at resuscitating a US-scrapped nuclear agreement between Iran and the remaining parties to the deal.

“As mentioned earlier, we are seriously reviewing the negotiations’ records and the new administration will resume the talks,” Hossein Amir Abdollahian said during a meeting with EU foreign policy chief Josep Borrell on Tuesday on the sidelines of the 76th session of the UN General Assembly.

Amir Abdollahian said the administration of President Ebrahim Raisi is pragmatic within the framework of its principles and would seek a practical outcome through the Vienna format.

“Our criterion is the action of the other parties and not their words,” he stressed.

According to the foreign minister, the Raisi administration neither accepts the United States’ unconstructive behavior nor will it forestall Iran’s progress based on Washington’s habitually empty promises.

Iran and six world powers – the US, Russia, China, France, Britain and Germany – reached a nuclear agreement called the JCPOA in 2015. Three years later, the JCPOA was unilaterally abandoned by Washington under former president Donald Trump, in spite of Tehran’s hitherto strict compliance with the multilateral accord.

The parties to the JCPOA began high-profile talks in Vienna earlier this year after the US, under Joe Biden, voiced willingness to rejoin the deal and remove the draconian sanctions his predecessor slapped on the Islamic Republic. However, the talks have hit a pause due to Iran’s democratic transition after Ebrahim Raisi’s victory in the June 18 presidential election.

Since the beginning of the Vienna talks, Tehran has argued that the US – as the first party that violated the JCPOA – needs to take the first step by returning to full compliance with the agreement. Tehran also says it will resume all of its nuclear commitments under the deal only after the US removes all the sanctions in practice.

Biden said during his address to the UN General Assembly that the US is prepared to return to full compliance with the JCPOA if Iran does the same.

He said the US was working with China, France, Russia, Britain and Germany to “engage Iran diplomatically and to seek a return to” the JCPOA.

“If the Americans think they will succeed by putting pressure on Iran, they are one hundred percent wrong,” he asserted. “The Iranian people have shown a strong response to pressure and threats.”

The chief Iranian diplomat called “unacceptable” the imposition of new sanctions by the US despite occasionally uttering positive comments.

He thanked Borrell for his efforts during the course of the Vienna talks, but criticized the three European parties to the JCPOA – Britain, France and Germany – for urging Iran to return to the talks instead of pressuring the US as the party that violated the nuclear pact.

He also reiterated Iran’s readiness to halt its “remedial measures”, which Tehran took in response to the US withdrawal, should the other parties begin to honor their commitments in a verifiable manner.

“It is not difficult for the Americans to live up to their commitments under the JCPOA and for the three European countries to end their inaction,” Amir Abdollahian stated.

For his part, Borrell said the JCPOA’s success is very important not just for Iran and the other parties, but for the region and the entire world as well.

The JCPOA’s failure is not good for any party, he stressed.

He also explained that the European Union has time and again criticized Trump’s destructive policy of exiting the JCPOA, but the new US administration has created a new opportunity in reviving the deal.

Borrell said Washington’s responsibility with regard to creating the current situation is clear, but at the same time, all sides should cooperate in order to reach an agreement acceptable to all parties.

The first step, according to the EU foreign policy chief, is to set a timeline for the next round of the Vienna talks.

Borrell had said a day earlier that ministers from Britain, China, France, Germany and Russia would not meet with Iran at the UN this week to discuss a return to the Vienna talks.

“It is not going to be a ministerial-level meeting here, during this week. Some years it happens, some years it does not happen,” he told reporters on Monday.

He said the important thing is not the ministerial meeting, but “the will of all parties to resume negotiations in Vienna. And this is what I am going to ask the new foreign affairs minister of Iran.”

Amir Abdollahian also met with his German counterpart Heiko Maas on Tuesday, when he stressed the necessity of engaging in “result-oriented” talks.

“The Iranian people rightly expect that the economic benefits of the JCPOA, which have not been realized due to the negligence of the other parties, would be guaranteed this time,” he said.

The Iranian foreign minister made it clear to the Americans that the Vienna talks are not intended for a new agreement, but rather, for making sure that the US fully returns to the JCPOA and honors its commitments under the deal and under UN Security Council Resolution 2231.

“Unfortunately what we see in the policies of the current US administration is the continuation of the Trump administration’s approach of imposing illegal sanctions [on Iran],” he added.

The other side should come to Vienna with necessary flexibility and understanding with regard to the new circumstances arising from the change of administration in Iran, he added.

Maas, for his part, said Berlin is committed to the JCPOA and will do its utmost to maintain and revive the landmark agreement.

He welcomed Iran’s agreement with the International Atomic Energy Agency [IAEA] during IAEA chief Rafael Grossi’s visit to Tehran and underlined the need for all sides to strive for the success of the Vienna negotiations.

Both sides also said the Tehran-Berlin ties should be expanded.

Prior to his meeting with Amir Abdollahian, Maas warned Iran that time was running out for diplomatic efforts to rescue the nuclear deal.

“I will meet with the Iranian foreign minister and once again make it very clear that we are running out of time,” he said, adding that a return by all sides to Vienna “has to be done quickly now.”

“This is not only our expectation, but also that of our French, British and American friends.”

In yet another bilateral meeting in New York, Amir Abdollahian met his Austrian counterpart Alexander Schallenberg to discuss bilateral and international issues.

During the meeting, Amir Abdollahian stressed Iran’s resolve to have balanced relations with Europe, saying, “Europe-Iran relations must not be subject to the US’s unconstructive behavior and attitude toward Iran.”

He said the Raisi administration is ready to improve the country’s relations with Austria to the highest level, particularly its monetary and economic relations.

He also thanked Schallenberg for providing Iran with coronavirus vaccines.

Schallenberg said for his part that his country remains interested in hosting the negotiations to revive the JCPOA.

A window of opportunity has been opened for the restoration of the JCPOA and all sides should attempt to keep the window open.

He noted that Iran’s close cooperation with the IAEA would prevent mischievous acts by bad actors with the aim of destroying the talks.

He also said there is no ceiling with regard to promoting relations between Tehran and Vienna.

In a meeting with Switzerland’s Foreign Minister Ignazio Cassis, Amir Abdollahian said the US has no choice but to fully reconsider its approach and behavior toward Iran.

“Both the American and the European sides should show the necessary flexibility so that the upcoming talks would lead to tangible outcomes,” he said.

“Unfortunately, the Americans have not acted sincerely and do not do so in the nuclear talks,” he added.

Amir Abdollahian also expressed Iran’s willingness to expand its relations with Switzerland to witness the presence of Swiss companies in economic projects in Iran.

Cassis also said Bern attaches great importance to its ties with Tehran and is ready to expand the bilateral relations in various fields.

He said Switzerland is ready for any kind of cooperation necessary for better and more use of the Swiss financial channel to supply Iran with necessary products.