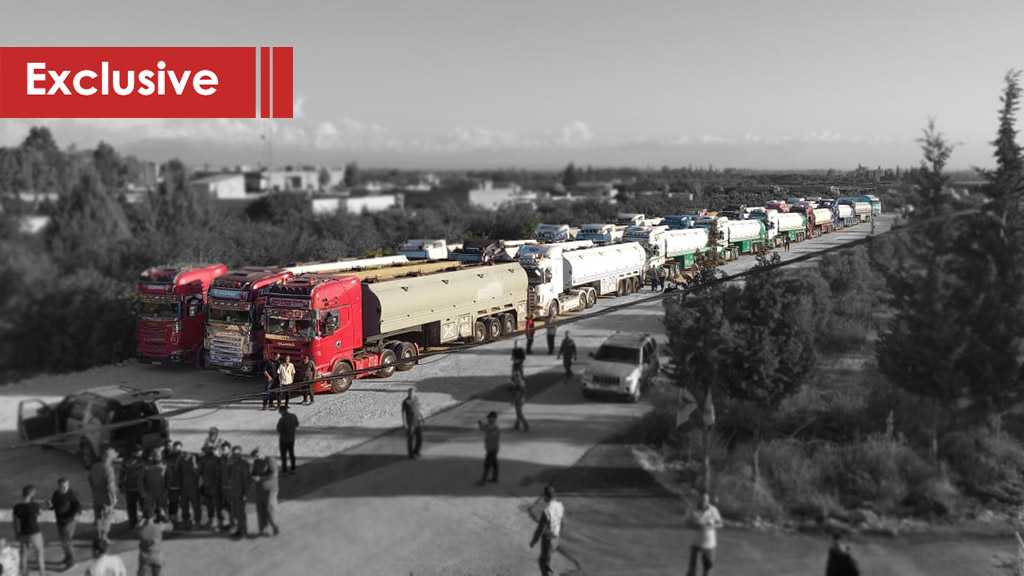 Now that the Iranian fuel has arrived to Lebanon via Syria – under the care, sponsorship and protection of Hezbollah – and now that it is available in the Lebanese market at the preferences identified by His Eminence Sayyed Hassan Nasrallah as free or low-cost and to be distributed according to clear standards, it is the duty of every observer whether concerned or not [the unconcerned is definitely concerned but prefers not show it] to say what should be said neutrally. He should express his opinion objectively, if he could, about this achievement that has neither been fulfilled by Lebanon nor any other state with the challenges it carries. Of course, the challenges are not intended for internal parties who are completely ineffective and their words are nothing more than mere dust. But rather, the challenges confront regional and international parties which have been and still are laying a siege and pressuring major countries, and are somehow succeeding in that.

At first and foremost, the challenge facing the United States – which bet, through unprecedented economic and political pressure – that Lebanon and its entire component would surrender, in such a way that the Lebanese would yell at Hezbollah: “Enough! Yield to what the Americans want and engage in the game of subservience, normalization and surrender. Withdraw from the regional equations that you support or you had shaped, and have mercy on your people who are on the verge of collapse and have entered the tunnel of hunger, thirst and disease”.

The second challenge faced “Israel”, which also bet on Hezbollah’s reluctance to dare to transport the Iranian fuel, not only because that’s against Washington’s will, but also in transporting it via a sensitive sea route fraught with high risks, where “Israel” and its allies militarily control a large section of it to some extent, between the Arabian Sea, Bab al-Mandab, the Red Sea and Mediterranean Sea. “Israel” thought that Hezbollah would be afraid of launching even one ship in this sea route where it has frequently assaulted many Iranian ships. It was surprised by Hezbollah’s boldness, and what shocked it even more was when Hezbollah considered the ship or the ships that will transport Iranian fuel to Lebanon as a “Lebanese Territory” and the rules of engagement will apply to it just as they apply to the Lebanese land and facilities; asserting that any attack on it after it is loaded with fuel even if it is still docked in Iranian ports are tantamount to an attack on Lebanese territory.

The other challenge, despite lacking the importance and influence and does not pose any military danger such as the challenges confronting Washington or “Israel”, is the challenge facing some internal parties who bet – as usual – on the stances of Washington and “Israel”, believing that both would at least impede the transport of the Iranian fuel to Lebanon and ease the siege on the country. These parties remained at ease until they were certain that Iranian fuel had started flowing to Lebanon via the Syrian tankers. As they gasped its sweet scent, they were dumbfounded, silenced and tongue-tied, after being vocal and bold about the impossibility of Iranian fuel arriving.

It’s normal for these tongue-tied parties – after smelling the scent of Iranian fuel and hearing Sayyed Nasrallah’s detailed plan of fuel distribution to all the Lebanese; surely, those who desire and not by force, because oil by force has huge health and psychological repercussions – to keep their mouths shut, not to react positively with the event and never thank Hezbollah for this achievement. It’s typical of them because these people with their masters in the region and in the west attacked and conspired against Hezbollah when the latter was shedding blood in confronting the “Israeli” occupation or Takfiri terrorism in order to defend and protect the sons of these contingent and ungrateful people.

What’s worth noting in the reaction of these ungrateful parties is that their media refrained from reacting and appropriately reporting this event. Rather, they abided by the orders of their masters, benefactors and sponsors and overlooked broadcasting Sayyed Nasrallah’s speech regarding the details of transfer and distribution.

Last but not least, the event of the Iranian fuel will end soon and may stay for a little longer if the new government delays in carrying out its basic duties, but Hezbollah will always remain Lebanon’s safety valve and right hand to its legitimate military forces, if the political authorities fail to carry out their duties in protecting the country and its economic security. Accordingly, part of the contingent and ungrateful Lebanese will remain pawns and mouthpieces of their foreign masters, just the way we are used to them being.