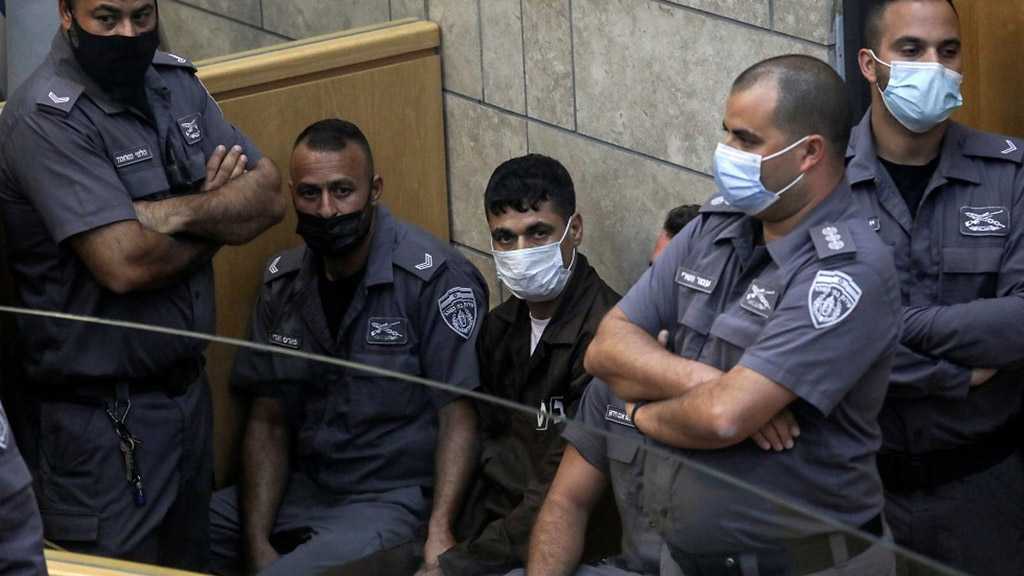 Lawyers for the Palestinian prisoners, who were recently rearrested by “Israeli” troops after staging a daring escape from a maximum-security “Israeli” jail, recount the horrifying situation that has come to face them back in “Israeli” captivity.

The hair-raising accounts were given by Mohammed and Mahmoud al-Ardah, two of the four inmates, who were recaptured by the “Israeli” forces earlier this week. Lawyers relayed their comments to Al Jazeera on Wednesday.

“Mohammed has undergone, and is still undergoing, a very difficult journey of torture,” said one of the legal representatives. “Upon his rearrest, Mohammed was taken to the Nazareth interrogation center, where he was interrogated in a very ugly way,” the lawyer added.

Together with two others, the four escaped from the Gilbao Prison, a facility located in the northern part of the occupied territories, which has secured notoriety as the “Israeli” regime’s version of the Guantanamo Prison, on September 6.

Even after their rearrest, the groups continued to take national pride in the escapade, saying their recapture by the sprawling “Israeli” intelligence apparatus had not taken anything away from the sheer courageous nature of their escape bid.

Still recounting Mohammed’s situation, the lawyer said, “There were about 20 intelligence interrogators in a very small room who stripped him of all his clothes, including his undergarments, and forced him to remain naked for several hours….”

The lawyer said “Israeli” forces had beaten Mohammed during his arrest, saying his head had been hit to the ground, giving him an injury above the right eye.

“He has not received the medical treatment he needs until this moment. He suffers from cuts and scratches all over his body…,” the representative added.

Mohammed was also being deprived of food and sleep, and put through “round-the-clock” interrogation bouts.

The person’s rearrest following freedom, the ministry said in a statement, was illegal in line with the Geneva Convention [III] on Prisoners of War.

The “Israeli” regime alone bears full responsibility for the prisoners’ lives and any potential fallout from the “vicious” interrogation procedures, the statement read.

The ministry, meanwhile, vowed to continue to expose “the ‘Israeli’ occupiers’ terrorist actions against the prisoners” via its communications with various Palestinian embassies and representative missions overseas.