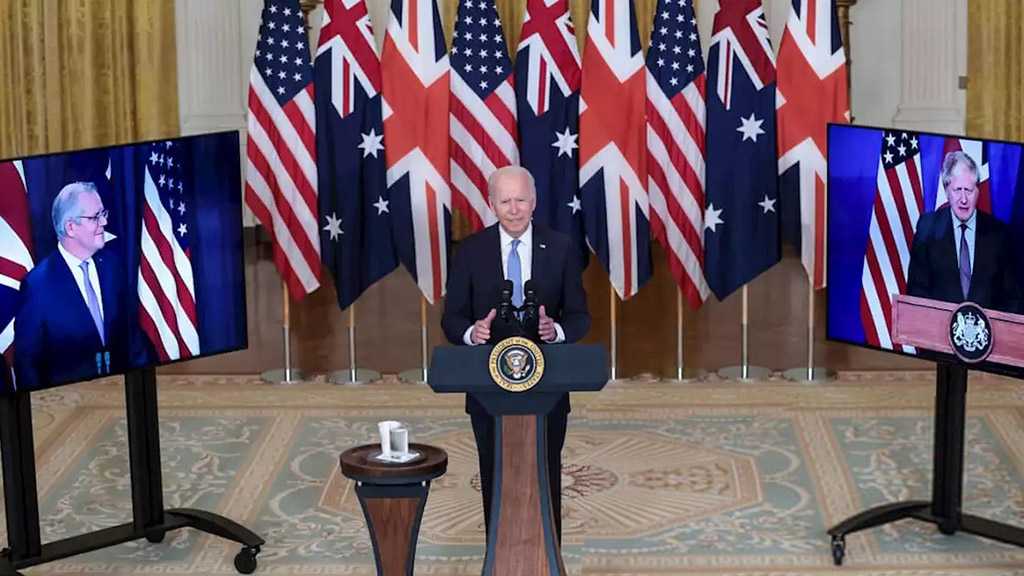 The US, UK and Australia are setting up a trilateral security partnership aimed at confronting China, which will include helping Australia to build nuclear-powered submarines.

The initiative, called Aukus, was announced jointly by US president Joe Biden and prime ministers Boris Johnson and Scott Morrison, joined virtually by videoconference. They presented it as the next critical step in an old alliance.

Morrison said teams from the three countries would draw up a joint plan over the coming 18 months for assembling the new Australian nuclear-powered submarine fleet, which will be built in Adelaide. The project will make Australia only the seventh country in the world to have submarines propelled by nuclear reactors.

“This will include an intense examination of what we need to do to exercise our nuclear stewardship responsibilities here in Australia,” the Australian prime minister said, referring to the international treaty obligations on handling nuclear fuel. Morrison added: “But let me be clear. Australia is not seeking to acquire nuclear weapons or establish a civil nuclear capability.”

None of the three leaders mentioned China, but there was no doubt that the initiative was a response to China’s expansionist drive in the South China Sea and increasing belligerence towards Taiwan.

“We need to be able to address both the current strategic environment in the region, and how it may evolve, because the future of each of our nations and indeed the world, depends on a free and open Indo-Pacific enduring and flourishing in the decades ahead,” Biden said.

Speaking from London, Johnson said the three countries were “natural allies” even though “we may be separated geographically” and said the alliance would create “a new defense partnership and driving jobs and prosperity”.

Turning to the Australian submarine-building plan, Johnson said: “This will be one of the most complex and technically demanding projects in the world, lasting decades and requiring the most advanced technology.

A senior US official described the agreement as “a fundamental decision, that binds decisively Australia to the United States and Great Britain for generations”.

The agreement spells the end for a $90bn contract Australia signed with the French company Naval Group in 2016. That deal had become bogged down in cost over-runs, delays and design changes. It marks a setback for President Emmanuel Macron.

“The world is a jungle,” the former French ambassador to Washington, Gerard Araud, observed on Twitter. “France has just been reminded this bitter truth by the way the US and the UK have stabbed her in the back in Australia. C’est la vie.”

Naval Group, which had been contracted to build 12 state-of-the-art attack class submarines, said the new agreement was a “great disappointment”.

Australia insists that it has no intention of pursuing nuclear weapons and will abide by the Nuclear Non-Proliferation Treaty [NPT], but critics said the decision could still indirectly spur the proliferation of weapons.

Any new nuclear-powered submarines, which are powered with the help of enriched uranium, will take years – possibly over a decade – to develop. But once at sea, the aim is to put Australia’s currently diesel-powered navy on a technological par with China’s navy, the world largest.

As well as cooperation on naval technology, the partnership will involve closer alignment of regional policies and actions, and greater integration of the militaries and the defence industries of the three allies. The three also intend to work together on cyberwarfare and on artificial intelligence capabilities.

British officials said they hoped the UK would benefit from militar0079 companies supplying technology to Australia. Derby-based Rolls-Royce supplies reactors for Royal Navy submarines, which are eventually decommissioned in the UK when spent. But it is not yet clear how the Australian reactors will be supplied or decommissioned.

The formation of Aukus comes at a time of rising tensions, especially over the South China Sea and Taiwan. A new book about the last weeks of the Donald Trump administration said that in late 2020 the US became concerned that China was increasingly convinced it would be the target of a pre-emptive attack.

According to Peril, by Washington Post journalists Bob Woodward and Robert Costa, the chairman of the Joint Chiefs of Staff, Gen Mark Milley called his Chinese counterpart, Gen Li Zuocheng, twice to reassure him that no attack would happen, and that Milley would personally give a warning if Trump issued such an order.

In July, the UK’s new aircraft carrier, the Queen Elizabeth, arrived in the South China Sea, the focal point of US-Chinese tensions, triggering denunciations from Beijing. The US war secretary, Lloyd Austin, welcomed the deployment at the time but wondered “are there areas that the UK can be more helpful in other parts of the world”.

A senior US official suggested that the UK government had pushed for a heightened role in the region.

“Great Britain is very focused on the concept of global Britain, and their tilt is about engaging much more deeply with the Indo-Pacific and this is a down payment on that effort,” the official said.

Before now, the US has only shared its nuclear propulsion technology with the UK, in an arrangement dating back to 1958, but a senior US official said “This is a unique set of circumstances.”

Some critics of the agreement warn that it sets a dangerous precedent for countries to exploit a loophole in the NPT. The treaty allows non-nuclear weapon countries to build nuclear-powered submarines, and to remove the fissile material they need for the submarine reactors from the stockpile monitored by the global watchdog, the International Atomic Energy Agency, opening up the possibility it could be diverted to making weapons. Australia would be the first country to make use of the loophole.

“My concern is not that Australia would misuse the nuclear material we give them and use the loophole to build nuclear weapons,” James Acton, co-chair of the nuclear policy program at the Carnegie Endowment for International Peace, said. “My concern is it sets a terrible precedent that other countries could abuse. “Iran is the obvious example here. We would go batshit if Iran removed nuclear material from safeguards.”

David Cullen of the Nuclear Information Service, said: “This has only happened once before in history, when the US helped the UK develop its first nuclear-powered submarines.

“What’s interesting is that the US appears to have thrown the UK a bone by allowing Britain to help design and build the new Australian submarines,” Cullen said. “The question will be how will the Australians be supplied and whether they want to develop their own nuclear capability to enrich uranium fuel.”

British sources said the conversations about the nuclear power deal were initiated by the Australians in March.