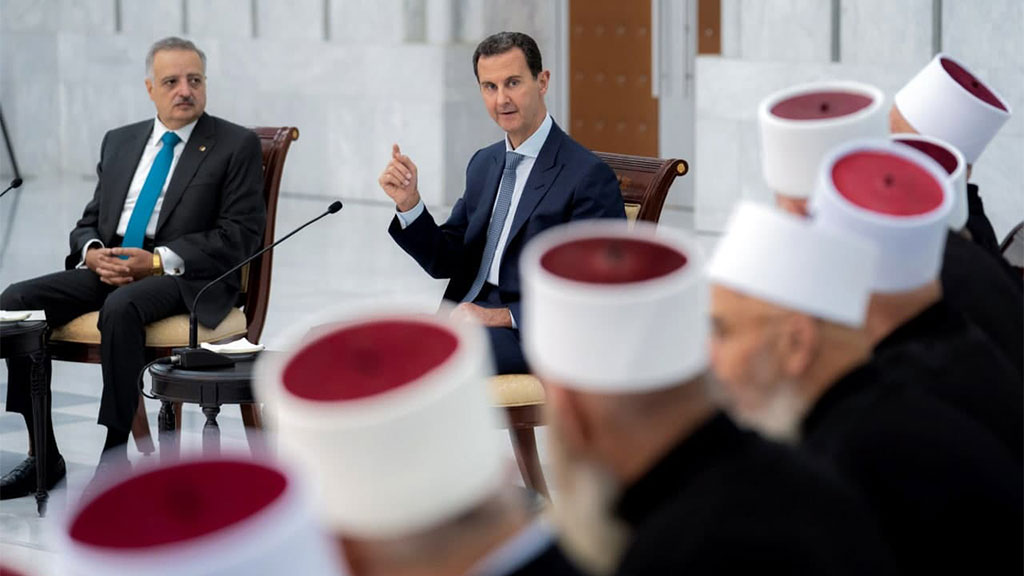 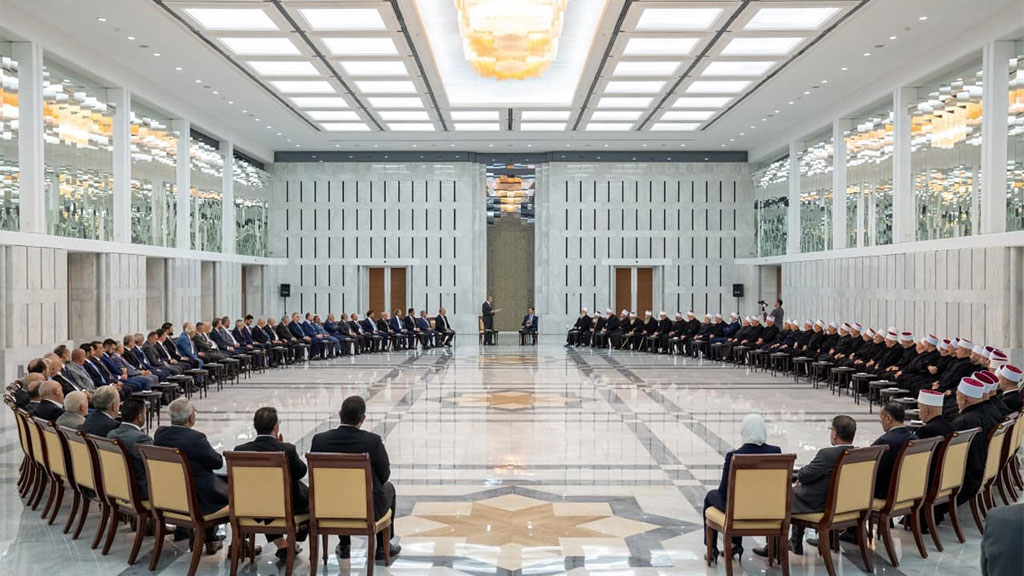 During the meeting, Assad considered that the members of the delegation and the leaders that comprise it represent the true face of Lebanon, and represent the majority of the Lebanese who believe in the necessity and importance of the relationship with Syria, as they were loyal to it and stood by it during the years of war.

Assad noted that the relations between the two countries should not be affected by changes or circumstances, but should work to strengthen them, stressing that Syria will stand with the Lebanese people and support them at various levels.

Assad pointed out that the leaders who possess correct and clear vision can, through the mutual relationship with the people, lead them to the correct goal and stability and protect them from the obstacles they face at different times, in light of the attempts to dismantle the social and national structures in the region.

The Syrian president stressed that the battle that leaders must fight is the battle to protect minds from being targeted, which is to abolish identities and abandon them.

For his part, Arslan affirmed that Syria taught the whole world a lesson of non – subjection to the global colonialism, pointed out that the suffering of the Lebanese and Syrians is the product of neocolonialism that seeks to deprive the rights and dignity of nations.

In turn, Sheikh Nasreddin al-Gharib, Sheikh al-Aql of the Druze sect in Lebanon, said that the delegation came to Syria to congratulate it on its triumphs over terrorism despite the big support it receives.

He noted that Syria never submitted to terrorism or occupations, and that no one was able to break the strong will of the Syrian people by claiming that the Druze sect will remain faithful to Syria.

The head of the Arab Unification Party, Wiam Wahhab pointed out to the importance of Syria’s role and its position in the region, considering that the Arabs will not be able to find a place among the regional powers if they do not return to Syria.

The members of the delegation thanked Syria for standing by the side of Lebanon in the darkest moments, and stressed that the relationship with Syria is existential, historical and geographical, hailing the steadfastness of the army and the people in Syria in the face of plots that sought to provoke wars in the region.