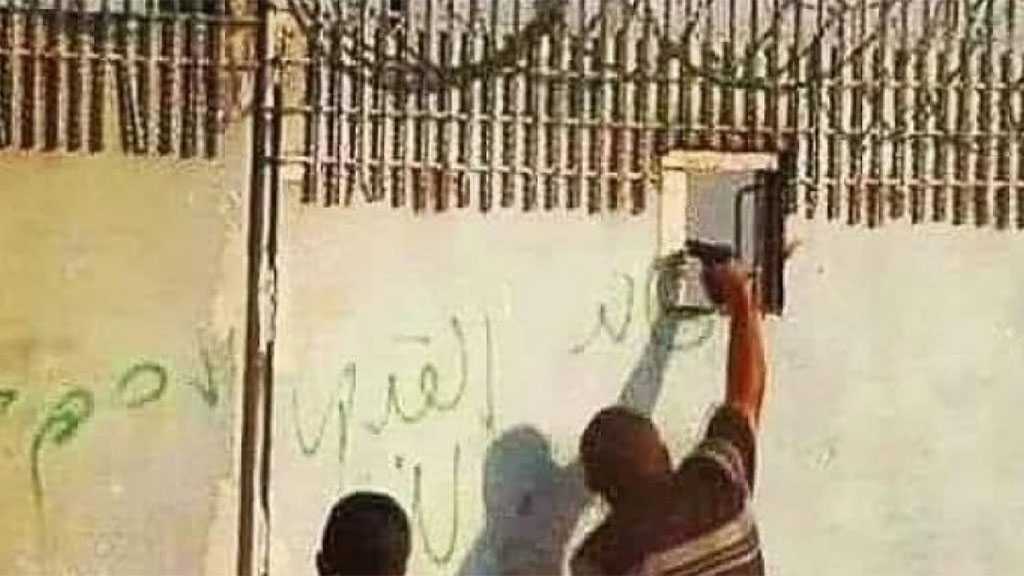 The Zionist occupation entity pronounced the ‘Israeli’ sniper who was shot from “zero distance” along the Gaza border dead on Monday.

The incident took place as a Palestinian hero shot the ‘Israeli’ sniper from a small hole in the cement wall that separates the Gaza Strip from the occupied territories while he was sniping Palestinian protesters.

The protest was held in commemoration of the 52nd anniversary of burning the holy al-Aqsa Mosque. On the same day of the protest, some 41Palestinian protesters sustained injuries, two of which, among them a child, succumbed to their wounds.

Additionally, ‘Israeli’ warplanes launched hostile strikes against Palestinian resistance posts under the pretext of responding to the shooting of the sniper.