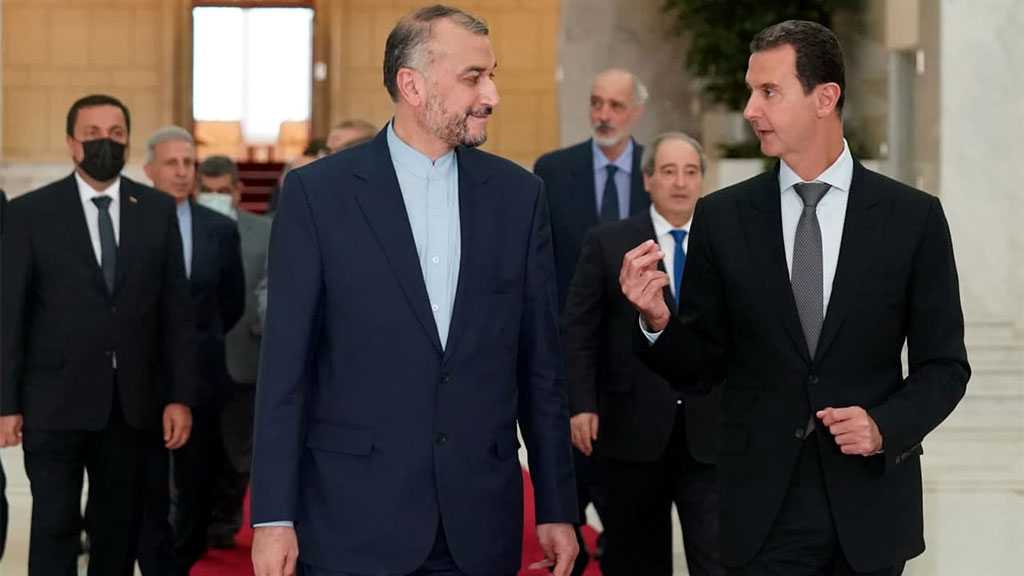 Iranian Foreign Minister Hossein Amir Abdollahian and Syria’s President Bashar al-Assad talked about the regional and international cooperation between the two allies at a meeting in Damascus.

The new foreign minister of the Islamic Republic, who is visiting Syria with a high-ranking delegation, held talks with Assad on Sunday.

Amir Abdollahian congratulated Assad on holding a successful presidential election, and hailed Syria’s political and international victories and its achievements on the battlefield, and extended top Iranian officials’ greetings to the Syrian president.

He further referred to the economic cooperation between the two countries, highlighting the need to activate the Joint Commission of Economic Cooperation and other existing related mechanisms, according to the Iranian Foreign Ministry’s website.

Additionally, Abdollahian briefed Assad on a summit in Baghdad which he had attended a day earlier.

The Syrian president, for his part, expressed pleasure at Iran’s support for his country and outlined his views on the bilateral ties and also cooperation between Tehran and Damascus in the regional and international spheres.

The Iranian diplomat has traveled to Syria after a visit to Iraq, where he attended the Baghdad Conference for Cooperation and Partnership, a summit with the objective of calming regional tensions.

Before leaving Tehran for Baghdad on Saturday, Amir Abdollahian complained that Syria had not been invited to the summit, saying, “However, we are in contact and hold consultations with Syria’s leadership about the region’s security and sustainable development.”