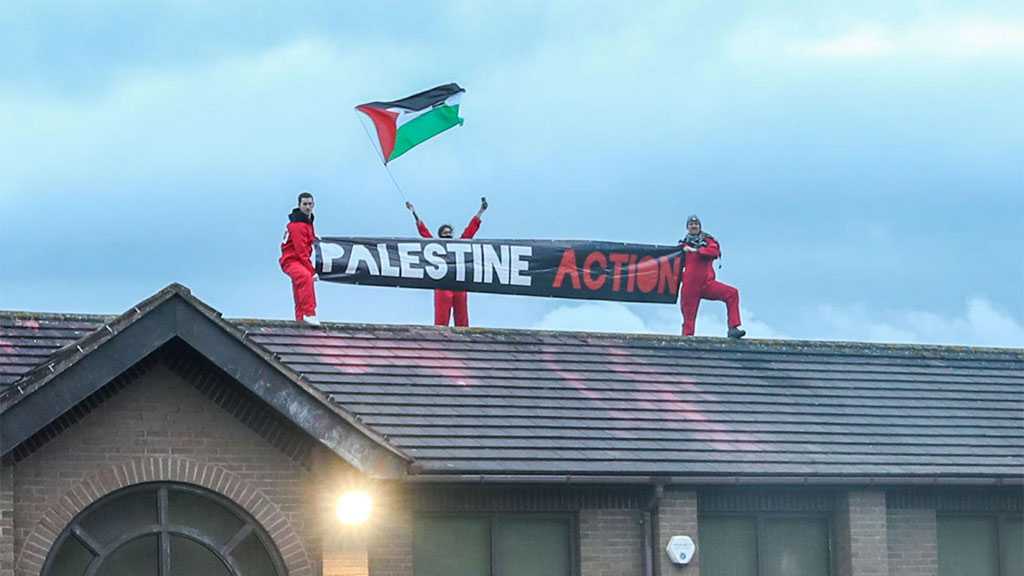 As part of their nationwide campaign against an ‘Israeli’ arms manufacturer, pro-Palestine activists in the United Kingdom have staged a protest outside the company’s plant in the borough of Oldham.

They announced that they had taken to the roof of the Zionist arms factory in Oldham "once more," spraying it with fire extinguishers, and “laying bare the profits of a military occupation and extinguishing Elbit through direct action.”

In another tweet, the group said they had “blockaded” the gates of the ‘Israeli’ arms factory in Oldham by vehicles, and halted its “deadly production line.”

“The roof's ours,” it declared.

One of the pictures showed an activist sitting on the roof, with clenched fist. The caption read: “They may try to lock us up in chains but we’ll always keep coming back and taking the fight to Elbit to tear apart their links in ‘Israel's’ killer supply chain.”

In a statement published on its website, Palestine Action said the move comes “as ‘Israel’ continues to raid Palestinian communities in Gaza and the West Bank while brutalizing civilians, using UK-manufactured weapons and technologies produced by firms such as Elbit Systems.”

It said the Oldham arms factory is used for the “production of a range of specialist weapons technologies, including components for ‘Israeli’ drones and battle tanks.”

“The activists currently occupying the Elbit Ferranti factory have once again shown the power of direct action against ‘Israeli’ oppression. While Western governments continue to side with the oppressors, and while media attention in Palestinian suffering has dwindled, Palestinians are still exposed to daily brutality, starvation, apartheid and death. These activists are bravely standing against this injustice – and we will continue to do so until Elbit is shut down,” the statement quoted the spokesman as saying.

It is the second time in three months that pro-Palestine activists in UK have scaled the roof of an ‘Israeli’ arms factory. In May, the week-long protest in Leicester, a city in the English Midlands, had resulted in court action.

The group has been vigorously campaigning against Elbit, the Zionist regime’s largest arms producer, across the UK since last year, targeting a number of sites owned by the arms company. 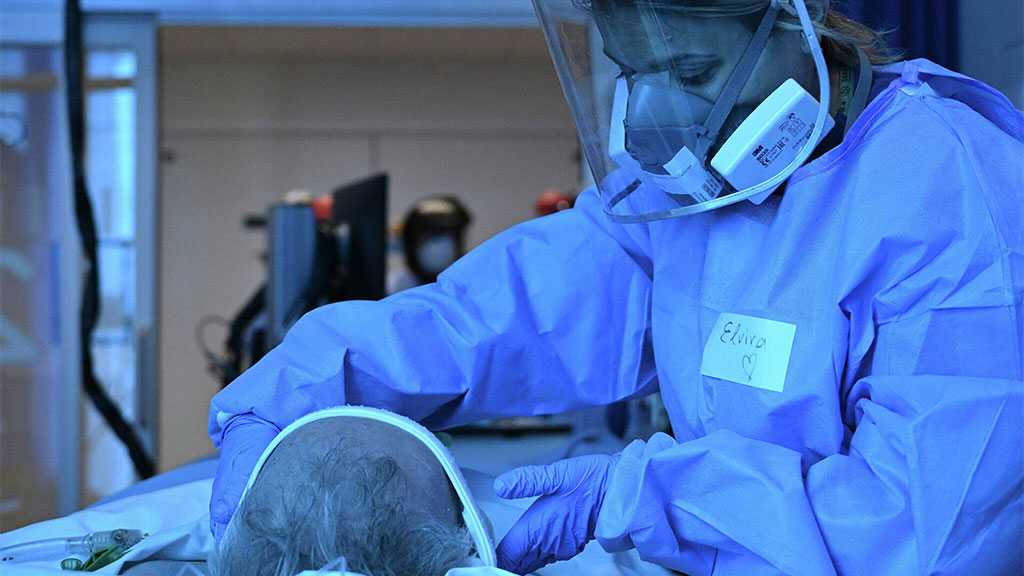