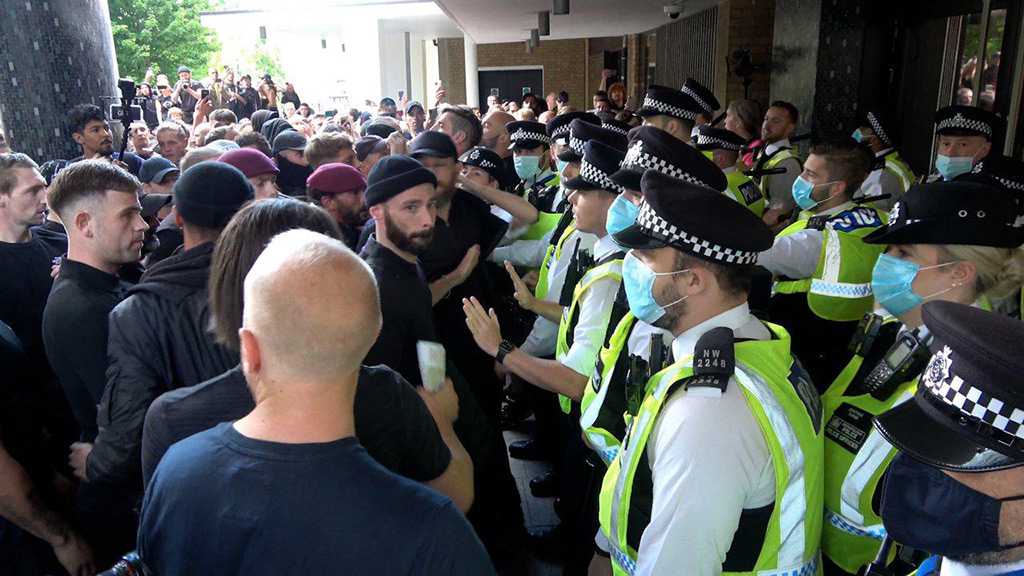 Anti-vaxxer protesters were seen clashing with police at the BBC’s former HQ in London on Monday.

Police guarded the doors as the protesters attempted to storm the building.

Shouting could be heard in the clips shared from the scene on Twitter.

Social media was awash with videos which captured the protests unfolding in White City, London around 1pm.

There have been no arrests so far, police confirmed.

A Met Police spokesman said: “We’re aware of a group of demonstrators who, having set off from Shepherds Bush Green at around 1pm, are now gathered outside a commercial premises in Wood Lane, White City.

“There have been no arrests but officers are in attendance and will continue to monitor the situation.”

The BBC is no longer based at White City.

The protests come amid the discussions about vaccine passports being introduced.

Venues may only allow double-jabbed customers so they can bin off social distancing rules in the future in a proposal being examined by ministers, The Telegraph reported.

Vaccine passports will be introduced to nightclubs from September.