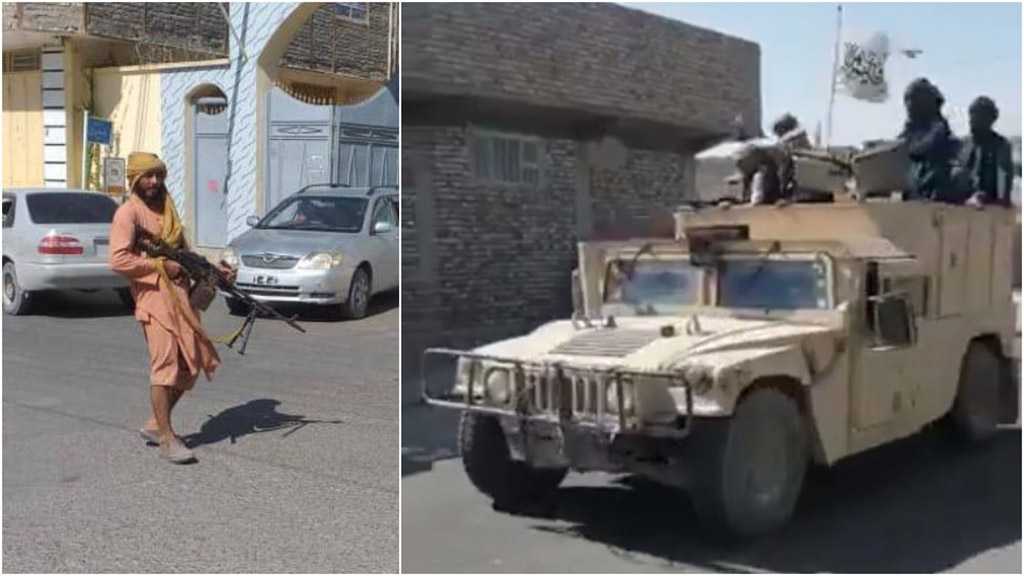 Taliban militants have been captured on videos appearing to show them riding in US-made Humvee vehicles after seizing the city of Zaranj, the capital of Afghanistan's southwestern Nimroz Province.

In the videos shared on social media, the insurgents are seen parading in the captured Humvees, with the terrorist group's flags spotted being installed on the rooftop of the military vehicles.

The footage was posted after local police said on Friday that the Taliban took control of Zaranj's airport and the provincial administration building. The city is the first Afghan provincial capital that the terrorist group has managed to capture since 2016.

In a separate development on Friday, the Taliban reportedly seized the city of Shabarghan, the provincial capital of Jowzjan.

The development came as Afghan Ambassador to the UN Ghulam Isaczai said that Kabul expects the UN Security Council to take immediate action to deter further human rights violations committed by the Taliban in the country.

He added the Afghan government is "absolutely confident" that the country's army "will be able to withstand the additional pressure" from the Taliban.

Also on Friday, US Senior Adviser for Special Political Affairs Jeffrey DeLaurentis emphasised that Taliban militants "must hear from the international community that we will not accept a military takeover of Afghanistan, or return of the Taliban's Islamic Emirate".

Afghanistan has experienced a surge in violence in the past few weeks as the Taliban intensified its offensive after US and allied forces began withdrawing their troops from the country in May. The Afghan government is now seeking an emergency UN Security Council meeting to address the spike in Taliban violence.