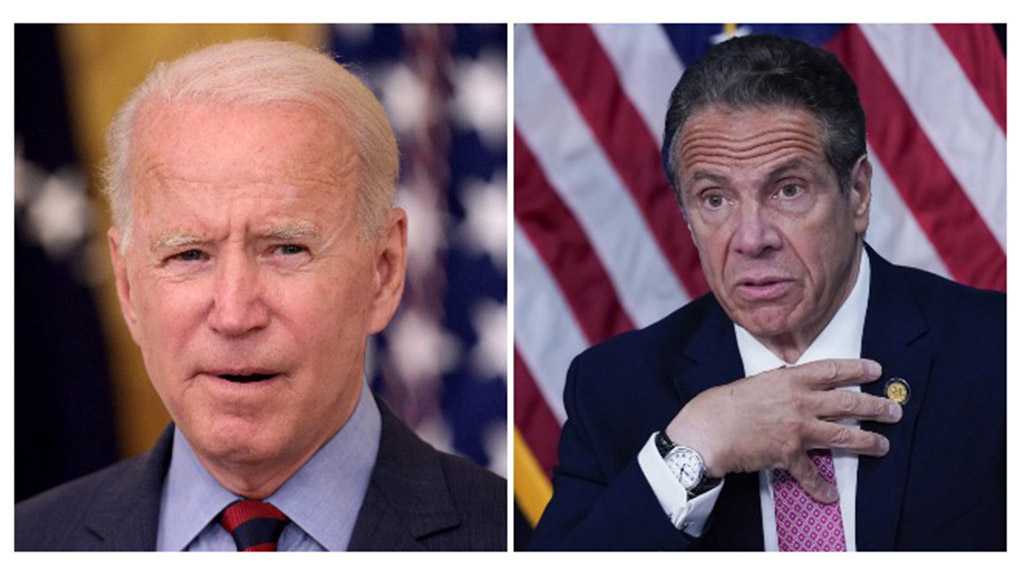 US President Joe Biden declared on Tuesday that the New York governor "should resign" following the publication of a damning report that said Cuomo engaged in inappropriate and unwanted physical conduct and comments that accusers have labeled "deeply humiliating, uncomfortable, offensive, or inappropriate."

"I think he should resign," Biden said matter-of-factly. "I understand that the state legislature may decide to impeach [Cuomo]. I don't know that for a fact. I haven't read all that data."

However, Biden appeared to take up for Cuomo after he was told that the New York governor was using a picture of them embracing as an example of his common interactions with people.

"I'm sure there [were] some embraces that were totally innocent, but apparently the [New York] Attorney General decided there were things that weren't," Biden declared.

Biden's call for Cuomo's resignation falls in line with comments he made to ABC back in March.

At the time, the US president told ABC's George Stephanopoulos that he believed Cuomo should resign if the New York Attorney General probe confirmed the claims leveled by the women.

"I think he'll end up being prosecuted, too," Biden said.

House Speaker Nancy Pelosi also called on the New York governor to resign on Tuesday, commending the "women who came forward to speak their truth" during the independent investigation.

At the state level, New York Assembly Speaker Carl Heastief, a Democrat, declared that "it is abundantly clear to me that the Governor has lost the confidence of the Assembly Democratic majority and that he can no longer remain in office."

"Once we receive all relevant documents and evidence from the Attorney General, we will move expeditiously and look to conclude our impeachment investigation as quickly as possible," he said.