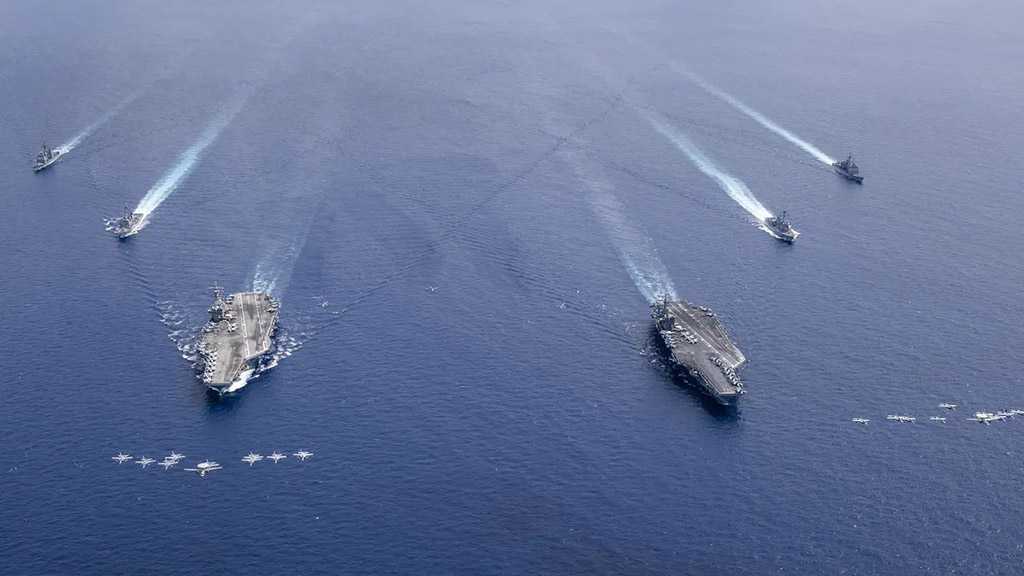 The US Navy has begun its largest war drills in decades in the globe-spanning Large-Scale Exercise, running for the next two weeks and involving multiple US fleets, in a return to the massive Cold War-era drills intended to showcase the Pentagon’s ability to fight a war on multiple fronts.

According to a news release by US Fleet Forces Command on Tuesday, the massive drills are “based on a progression of fleet battle problems and scenarios” intended to “refine how we synchronize maritime operations across multiple fleets in support of the joint force.”

“We have shifted focus from the individual Carrier Strike Group to a larger fleet-centric approach, challenging fleet commanders' abilities to make decisions at a speed and accuracy that outpaces the adversaries,” Adm. Christopher W. Grady, commander, US Fleet Forces Command, said in the release. “LSE is more than just training; it is leveraging the integrated fighting power of multiple naval forces to share sensors, weapons, and platforms across all domains in contested environments, globally.”

The drills will last until August 16 and take place across 17 different time zones, according to the Navy, ranging from the Black Sea and Mediterranean Sea to the South China and East China Seas.

The regions are perhaps the most likely to see protracted naval operations in the event of a future conflict with Russia or China, which the US has identified as its “near-peer” competitors and shifted its global strategy toward outpacing and containing.