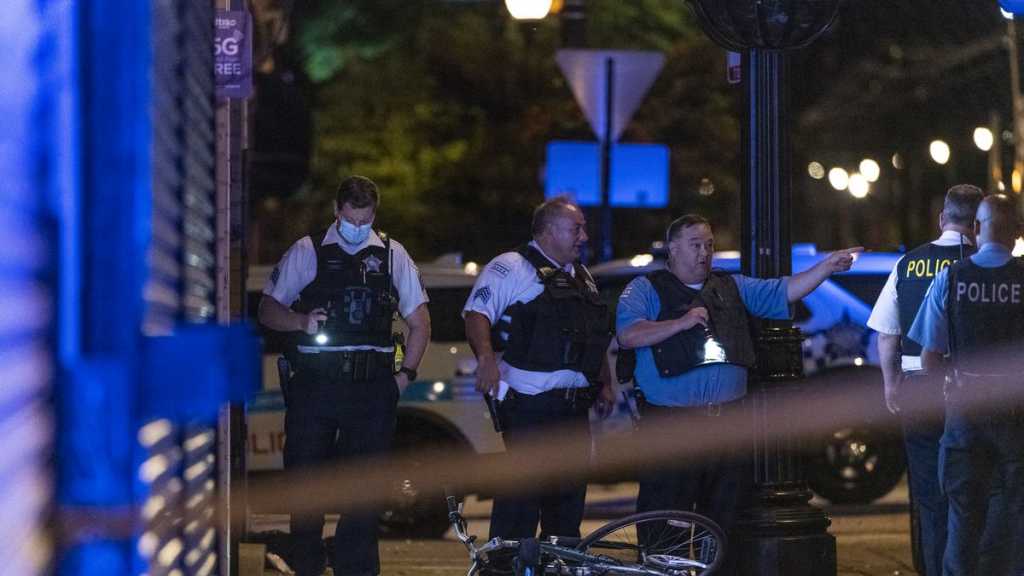 At least 5 Americans have been killed and 50 others injured in a spate of shootings across Chicago in the US state of Illinois.

A man was killed and another was wounded after being shot multiple times in the city's Near West Side on Sunday. The 30-year-old was pronounced dead and the other man was listed in serious condition.

Hours earlier, a 32-year-old man was killed when someone shot him multiple times in the chest and abdomen in the South Shore. He was pronounced dead at a local medical center.

On Saturday night, one person was killed and two others were wounded in a shooting in West Pullman on Chicago's Far South Side.

A man, 28, was also killed as he was shot multiple times in the chest and once in the face, police said. He was taken to Advocate Christ Medical Center where he was pronounced dead.

Another fatal shooting was reported on Saturday, when a man, 27, was struck by gunfire in East Garfield Park on the West Side.

Dozens of others were injured in other shooting incidents in the city over the weekend.

The violent weekend, which started Friday evening with 11 people injured in shootings across Chicago, came a week after at least 70 people were shot in the city and 12 were killed.

The incidents of mass shootings have seen an alarming surge in the US in recent years, reigniting the debate over gun control laws and misuse of lethal weapons.