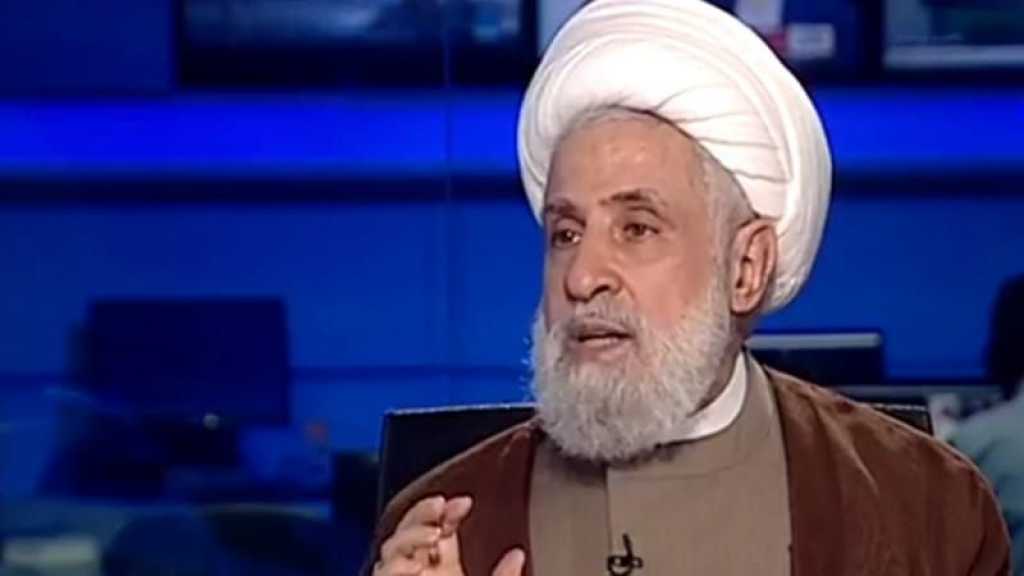 Hezbollah Deputy Secretary-General His Eminence Sheikh Naim Qassem stressed that "what concerns us is the achievement of sovereignty and independence for our homeland, and we congratulate you on the anniversary of the July victory."

"The achievements of the Truthful Promise are as clear as the sun, and whoever does not want to see that, it’s their problem," he added.

Listing the achievements of the July victory, Sheikh Qassem pointed to the “existence of a balance of deterrence with the “Israeli” enemy that prevents repeated daily attacks on concrete and people and mobile warfare. The second achievement is blocking the way for “Israel” to use Lebanon as a political platform or resettling the Palestinians, which made them a burden on the entity from the gateway to Lebanon. As for the third achievement, the equation of the people, resistance, and the army was established. The fourth achievement of this victory gave a dose of hope to the Palestinians, as they felt that they could achieve liberation and victory.”

Locally, Sheikh Qassem views the naming of Najib Mikati to head the government as a bold move by Hezbollah, explaining the reasons for the nomination.

“Forming a government is a priority, and therefore, we will stand by all the reasons that will lead to the formation. From the beginning we proposed Prime Minister Saad Hariri for the premiership for many reasons, but since he apologized, we said we’d support whoever Hariri appoints. The only option presented to head the government is Prime Minister Mikati. This choice opens Arab and international channels of communication and blocks the way for anyone to stir up sedition between Sunnis and Shiites.”

Sheikh Qassem stressed that "the understanding with the Free Patriotic Movement is fine, and differences are normal and natural.”

“I ask everyone not to meddle between us and the movement."

He revealed that “Saudi Arabia has backed away and is not interfering in the Lebanese arena and has no role in encouraging or obstructing Mikati. Its position was more negative with Saad Hariri.”

In parallel, the Deputy Secretary-General added that "the next government is a rescue government and an election government," noting that "holding the elections on time is very important to get a sense of the public mood, and we are not afraid of it."

Regarding the current crisis in Lebanon, Sheikh Qassem explained that there are three main reasons for the deteriorating situation: America and its sanctions, the displacement of Syrian refugees, restrictions on banks in Lebanon, the Caesar Act, restrictions on the Lebanese-Syrian relationship, the sectarian structure of the Lebanese system that caused tugging and many problems in any project and also protects corruption, and the existence of an economic imbalance, i.e. there are no economic plans in Lebanon that lead to productivity.

Regarding Hezbollah’s role, Sheikh Qassem said that “standing by the people is our religious duty, and we are trying to address the entire problem that is the responsibility of the state.”

He pointed out that Hezbollah is urging the state to look East, but that this is not a substitute for heading West. He also called for importing Iranian oil in Lebanese pounds, but the state did not accept its entry into Lebanon under the pretext of sanctions.