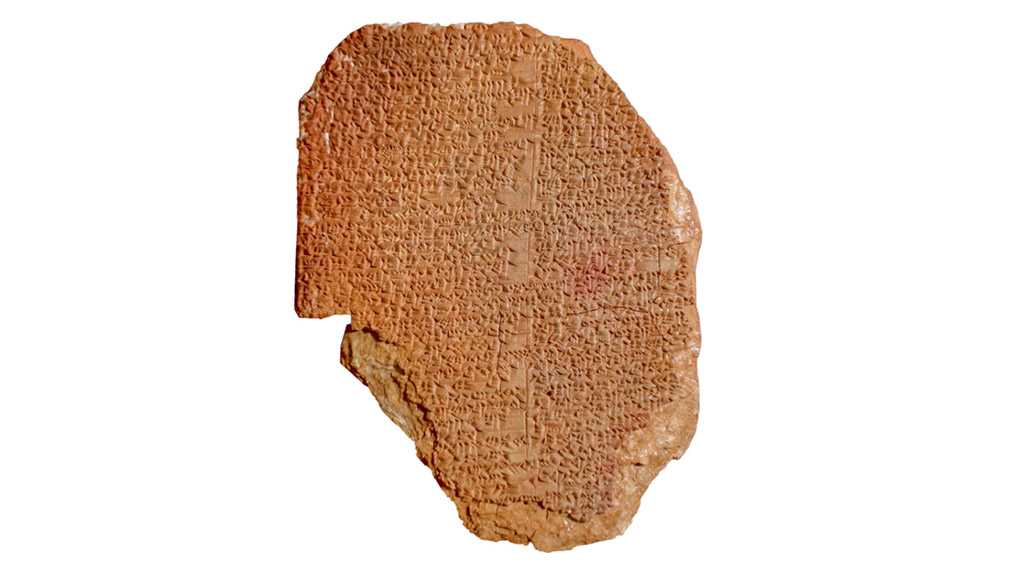 The US government has seized an ancient Sumerian cuneiform tablet that was bought by a US dealer around the time of the 2003 invasion, and later purchased by craft store chain Hobby Lobby for the Museum of the Bible in Oklahoma.

On Tuesday, the US Justice Department announced that Hobby Lobby, agreed to forfeit the artifact, which contains a portion of the ancient Sumerian Epic of Gilgamesh, one of the world’s oldest works of literature.

Federal agents originally seized the tablet from the Oklahoma City museum in September 2019. Hobby Lobby had acquired it in a private sale in 2014, from an auction house in London that the DOJ did not name, but which was reported to be Christie’s.

The “cultural value of this tablet that travelled the world under false provenance exceeds any monetary value,” said special agent Peter Fitzhugh of Homeland Security Investigations, which was involved in the proceedings.

The tablet is over 4,000 years old, measures approximately 6 inches by 5 inches [15 cm by 12 cm], and is inscribed in the language of Akkad.

According to a complaint filed by the DOJ on July 16, the unnamed US antiques dealer visited England “in or about 2001” to view a series of ancient cuneiform tablets in an apartment in London. The artifacts are alleged to have belonged to Jordanian coins dealer Ghassan Rihani, who died the same year.

“In or about March or April 2003” – around the time the US invaded Iraq – the dealer visited the apartment again and bought the tablet, which was said to be “encrusted with dirt and unreadable,” from a Rihani “family member.” The dealer then shipped the tablet into the US without declaring its contents and cleaned it, at which point the inscription was recognized as part of the Epic of Gilgamesh.

In 2007, the antiquities dealer sold the tablet alongside a letter falsely claiming it had been found in a box bought at a 1981 auction. The tablet was then resold “several times” until it ended up at the auction house, at which point it was bought by Hobby Lobby and sent to the museum.

According to Jacquelyn Kasulis, acting US attorney for the Eastern District of New York, the DOJ intends to eventually return the “rare and ancient masterpiece of world literature to its country of origin.”

Iraqi museums suffered several looting spells in the last three decades. Nine of the country’s regional museums were targeted by looters in 1991 during the Gulf War. The rampage resulted in some 4,000 artifacts being destroyed or stolen.

Iraqi authorities have estimated that more than 35,000 items were taken from the National Museum of Iraq in Baghdad when it was sacked during the 2003 invasion. The subsequent US-backed Iraqi governments have tried to get the artifacts returned, but have seen little success. In 2014, when the Wahhabi Daesh [Arabic acronym for “ISIS” / “ISIL”] terrorist group claimed a large portion of Iraq and Syria and looted the museum in Mosul, the US government pledged to crack down on trade in stolen artifacts, saying that the proceeds might contribute to financing terrorism.