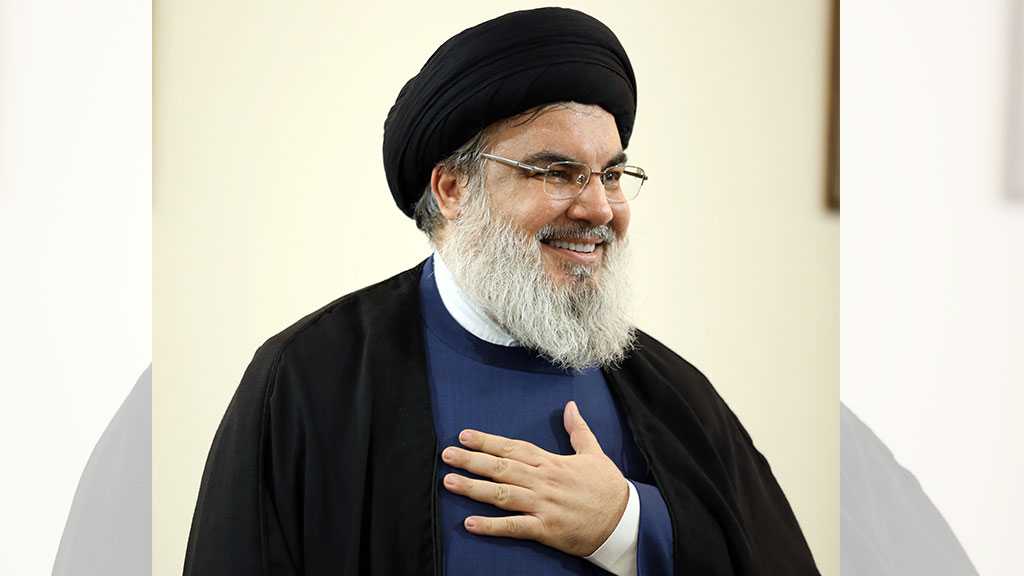 The Assistant for Cultural Affairs at Jamkaran Mosque in Iran’s Holy City of Qom announced that the "Honorary Servant Medal" will be awarded to Hezbollah Secretary General His Eminence Sayyed Hassan Nasrallah ahead of the holy Muslim Eid al-Ghadir Day.

In a statement on Monday, Yassin Hossein Abadi said “We believe that the Resistance front is walking in the path of the al-Ghadir until the reappearance of the awaited Imam Mohammad al-Mahdi [AS], adding that the ceremony to honor the Resistance leader and award him the medal of the “Honorary Servant to the Holy Mosque of Jamkaran” will be held on Tuesday in the presence of a representative of Sayyed Nasrallah.

“We in Iran believe that the Islamic Revolution and the Resistance front will continue the path of al-Ghadir and will pave the way for Imam al-Mahdi’s [AS] reappearance,” Abadi said, noting that “based on this, Sayyed Nasrallah will be honored minding his pivotal and special role in supporting the Axis of Resistance.”