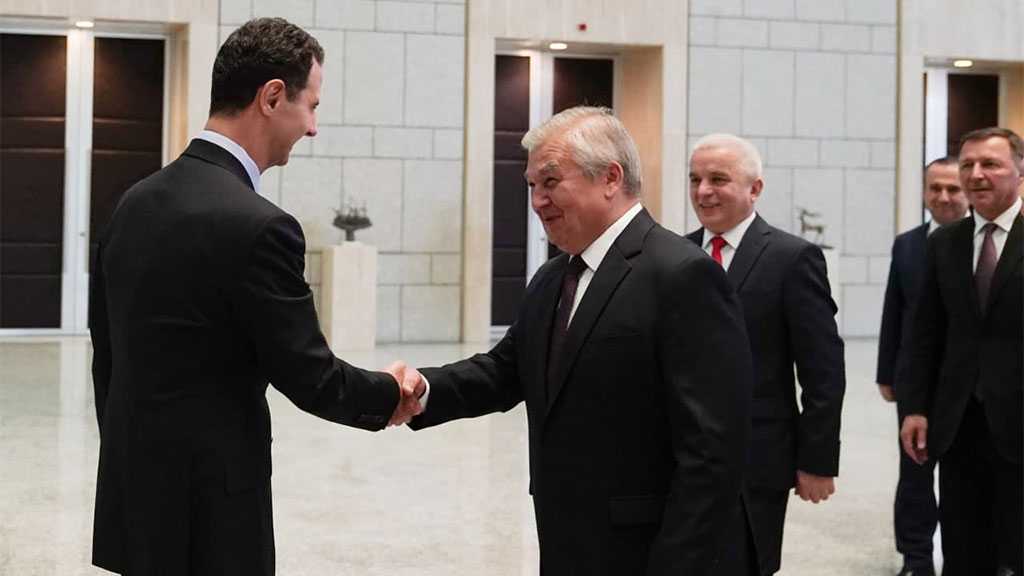 Talks during the meeting dealt with joint efforts and cooperation between Syria and Federal Russia, particularly in regards to the return of Syrian refugees who were forced to leave the country by crimes of terrorists.

The two sides showed satisfaction over the progress being made in this domain due to the joint efforts, referring to the joint meeting to follow up the works of the international conference on the return of Syrian refugees and displaced being held in Damascus.

Assad affirmed that Syria continuously works for the return of refugees, whether through rehabilitating the infrastructure sabotaged by terrorism and restoring security and stability to the regions which were liberated, or through speeding up the reconciliation processes in a way that guarantees a safe return for the Syrian refugees and displaced to their villages and towns.

The Syrian president further thanked the Russian leadership for the medical and humanitarian assistance and the doses of coronavirus vaccines offered to Syria, hailing at the same time the large assistance presented by Russia to the Syrian people in all domains, including the efforts exerted to help the Syrian refugees return to their Homeland.

Lavrentiev, for his part, expressed confidence that the Syrian and Russian sides will reap tangible results in that frame in light of the effective procedures and steps taken by the Syrian government to have appropriate conditions and ground for the return of refugees.

He referred to his country’s continued cooperation with Syria to overcome difficulties and obstacles that may hinder that process.