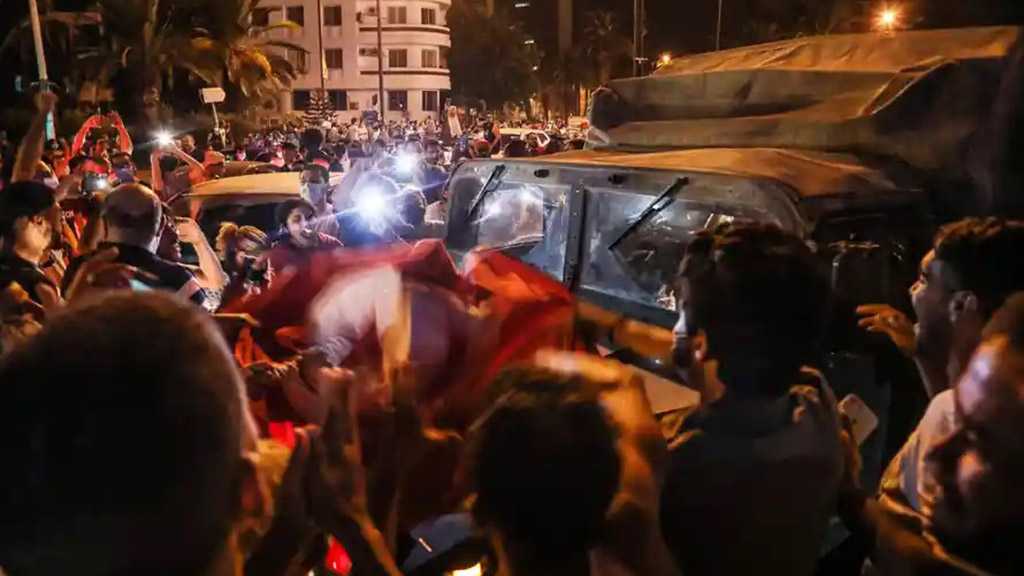 Tunisian President Kais Saied has declared a nationwide, month-long nighttime curfew after ousting the government and freezing parliament amid continued mass protests. He maintains his actions are legal.

The curfew imposed by Saied started on Monday and is scheduled to last until August 27. Under the new restrictions, all movement of people and vehicles is banned between 7pm and 6am local time, with exceptions made for urgent medical cases and night workers.

The presidential order also prohibits any movement of people and vehicles between cities even outside the time of the curfew, save for the purpose of fulfilling “basic needs.” Gatherings of more than three people on public roads and squares are banned as well.

The move came a day after Saied suspended parliamentary activities, stripped MPs of their immunity, and fired Prime Minister Hichem Mechichi. Opponents immediately accused the president of carrying out a coup. Some opposition MPs, including the parliament speaker, Rached Gannouchi, staged a sit-in outside the parliament on Monday after soldiers barred their entry.

Tunisia saw continuous protests throughout last week as people rallied over the handling of Covid-19, economic hardships, and police violence. Last Wednesday, Mechichi slammed the newly dismissed health minister, Faouzi Mehdi, saying the government’s response to the Covid-19 pandemic has been dismal. The country has seen a surge in cases amid a low vaccination rate of about 11%, according to Reuters, while chaos at vaccination sites has caused stampedes.

Saied said he would assume executive power and hand over the pandemic response to the military under Article 80 of the constitution, which allows the president to take measures deemed necessary in cases of “imminent danger threatening the integrity of the country.” These measures must be taken after consultation with the prime minister, however.

After the order was issued, Mechichi said he was ready to hand over his responsibilities to whoever Saied chooses, noting that he would not be “a disruptive element” or help to fuel the political crisis that has engulfed his country.

Some politicians, however, accused Saied of staging a coup and rolling back all the nation’s accomplishments achieved after ousting longtime President Zine El Abidine Ben Ali in 2011 during the Arab Spring. Among those politicians was Mouncef Marzouki, the first president to rule Tunisia after Ben Ali.

“There is no doubt about the fact that it's a coup because the president himself said I have all the powers,” said Marzouki, as cited by Al Jazeera. “The main idea we have when writing the constitution is to say that the President is no longer the guy who has all the power.”

Marzouki was elected as interim president by the National Constituent Assembly in 2011 and served in that capacity until December 2014. He left his post after losing an election just months after Tunisia adopted a new constitution.

The ex-president lamented that Tunisia “was supposed to be a success story in the Arab world,” but that this is no longer the case as the country remains mired in political upheaval and “the worst health crisis” in its history.

Saied himself clearly did not share that sentiment. On Monday, he stated once again that his actions were in line with the constitution, telling critics to “revise your constitutional lessons.” He also urged Tunisians to not fall for what he called “provocations” encouraging them to take to the streets.

The US has expressed concern over the situation in Tunisia and urged “all parties to avoid taking any actions that could stifle democratic discourse or lead to violence.” The US State Department said Washington “is closely monitoring developments in Tunisia,” adding that it was “particularly troubled” by reports about some closed media offices.

Earlier on Monday, Al Jazeera said police broke into its office in Tunisia and seized journalists’ equipment. The reason for the raid remains unclear.