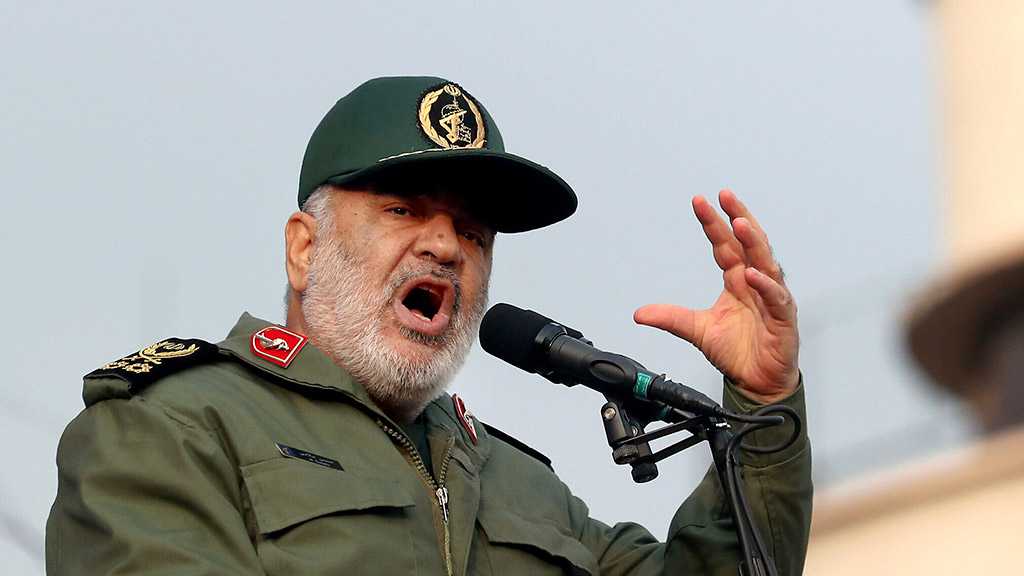 Chief Commander of the Islamic Revolution Guards [IRG], Major General Hossein Salami, says the force stands by the people of Khuzestan until problems in the southwestern province are resolved.

Speaking on the sidelines of his visit to Khuzestan on Saturday, Salami said the IRG's Khatam al-Anbia Construction Headquarters has laid hundreds of kilometers of water pipes in different areas and stationed tankers in villages there.

Regarding the sewage system in the provincial capital Ahvaz, Khatam al-Anbia Construction Headquarters has signed a contract and provided equipment for the project, he added.

“The important point I want to make is that we are committed and loyal to these people. We do not leave them alone and we stand by them during hardships, as it was the case in the 2019 flood,” Salami asserted.

"We will work with these people until the work is done and we will never leave them alone."

Referring to Khuzestan’s resistance during the eight years of war imposed on Iran by Iraq's former dictator Saddam Hussein, the IRG chief said the province “is not only important but also sacred to us. We feel identity when we step on this soil."

Khuzestan has been the scene of protests in recent weeks over water shortage. The demonstrations, however, have been hijacked by enemy forces, resulting in some incidents of violence.

On Friday, Leader of the Islamic Revolution His Eminence Imam Sayyed Ali Khamenei said the grievances are valid, noting that the people's complaints should have been addressed before to prevent them from being upset over the situation.

The Leader hailed the people of the border province as “loyal and selfless” and said they remained on the “forefront” during the Iran-Iraq War.

The Leader urged the authorities to seriously follow the demands of the people.

Imam Khamenei cautioned the people against playing into the hands of trouble-makers, noting that, "The enemy seeks to use everything against the revolution, the country and the interests of the people; therefore, care must be taken not to give it an excuse."