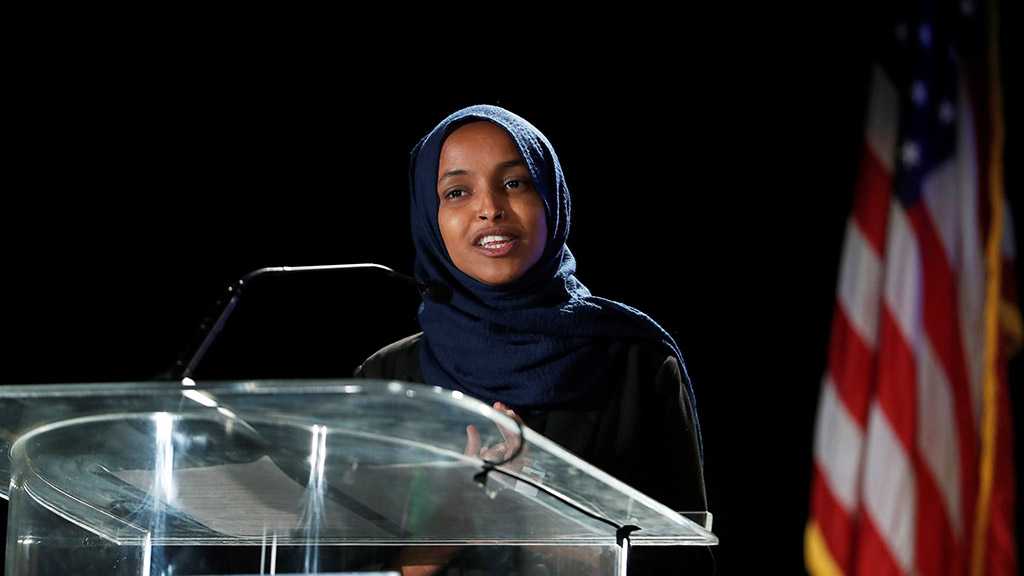 Somali-American congresswoman Ilhan Omar has sent a letter to US President Joe Biden challenging his administration’s rationale for its first airstrike in Somalia earlier this week, which the Pentagon claimed was targeted against suspected al-Shabab militants.

The strike, carried out by a drone on Tuesday, was the first in Somalia since Biden took office in January and came despite stated plans by the White House to limit such operations, while the administration reviews the policy on drone strikes and commando raids in places that are not considered active war zones.

“I have been deeply engaged on this question throughout my time in Congress, not only focused on the legal merits of individual strikes, but on how our militarized counter-terrorism approach to al-Shabab fits into our overall strategy and policy towards Somalia,” Omar, a Democrat from Minnesota, wrote in the letter to the White House.

Omar, who grew in Somalia and before spending four years in a Kenyan refugee camp, was brought to the United States by her family as a child. She is the first Muslim Somali-American woman elected to Congress and an outspoken critic of US militarism.

In her letter, the congresswoman also criticized the White House for a failure to make promised reparation payments to families of civilians killed in American airstrikes in Somalia.

“In that respect, it is noteworthy that this week also saw reporting on the family members of Somali civilians killed by airstrikes conducted under the Trump administration being unable to contact US authorities or receive the condolence payments for which Congress has repeatedly appropriated funds,” she wrote.

The administration of former President Donald Trump had set broad rules for strikes in countries such as Somalia and Libya. He delegated authority to commanders in the field about when to carry them out.

“Under the Trump administration, airstrikes in Somalia increased dramatically with no apparent gains in either weakening al-Shabab, advancing Somali security and stability, or pursuing American interests in the region,” the lawmaker noted. “On the contrary, the increase in strikes corresponded with an almost doubling of terrorist attacks on civilians committed by al-Shabab.”

Commenting on the July 20 strike, US Marine Corps Brig. Gen. Thomas Savage, United States Africa Command [AFRICOM]’s deputy director of operations, said the attack “was conducted under collective self-defense authority,” meaning the US military did not seek White House approval for the action.

In her letter, Omar argued that “'collective self-defense’ is a term with variable meanings in national and international law, and especially in the context of your ongoing review of airstrike authorities, its use merits further explanation in this case.”

Omar argued that the United States cannot simply “drone the al-Shabab problem to death,” adding that any kinetic action should be part of a broader strategy to, first and foremost, guarantee the stability of Somalia and the security of its people.

The congresswoman then put a blunt question to President Biden regarding the strike. “How does the July 20th strike fit into your broader Somalia strategy? Were there any American assets or interests being threatened on July 20th that necessitated this strike?” she asked.

Shortly after the letter was sent to the White House, the US military carried out a second airstrike in Somalia on Friday.

In a statement, Pentagon spokesperson Cindi King said US forces conducted a strike against the al-Shabab militant group near Qeycad, Galmudug, Somalia.

The strike was carried out by a drone and there were no US forces accompanying Somali forces during the operation, King said, adding no further details could be provided.