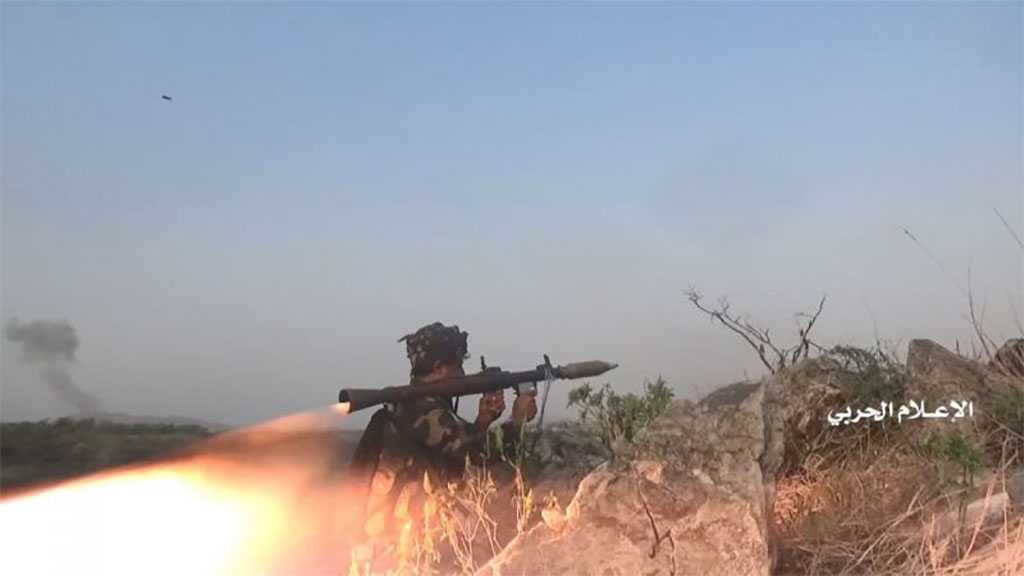 The Yemeni Military Media released on Thursday scenes of a major offensive against Saudi mercenaries on the outskirts of Al-Doud Mountain close to the kingdom’s southwestern region of Jizan.

The Army and the Popular Committees carried out a military operation against Saudi-backed militants, mercenaries from Sudan, deployed in the axes of Al-Madafin and Al-Mlahidh, which culminated in the control of several sites, killing, wounding and capturing Saudi-paid Sudanese mercenaries.

The Army and the Popular Committees conducted the offensive on two fronts, and they managed to establish control over a number of districts and inflict material and human losses on enemy forces in the process.

They destroyed four vehicles belonging to Saudi-backed militants, burned their camps and barricades, seized various weapons, and captured a number of Sudanese mercenaries.

The scenes documented by the military media lens also showed the moments of the Yemeni Army advancing to enemy positions and storming them.

The scenes also showed the Army and Popular Committees chasing the fleeing Sudanese mercenaries between valleys and hills, capturing a number of them.

In conjunction with the implementation of the operation, the US-Saudi aggression aircraft tried to support its mercenaries with a number of raids to stop the progress of the Army and Popular Committees, but to no avail.