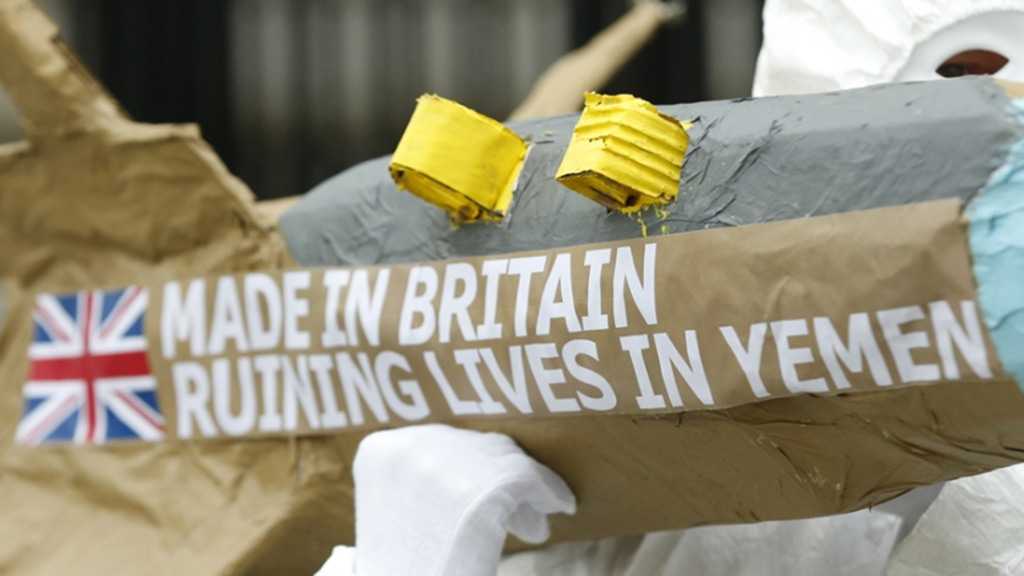 A new investigation has revealed that Britain has exported around three times as much weaponry and military equipment to Saudi Arabia, which is leading a devastating military aggression against Yemen, than previously believed.

According to a report published by British online newspaper The Independent, the British government’s official figures state that British ministers have signed off 6.7 billion pounds [9.28 US dollars] worth of arms, such as bombs, missiles, and aircraft, to the oil-rich kingdom ever since it started its bombardment campaign of neighboring Yemen back in March 2015.

However, researchers say the actual figure is likely to be close to £20 billion [over $27 billion] because the official numbers do not entail sales carried out under an obscure “open license” system.

The investigation further casts doubts on allegations of the British government about having “one of the most robust and transparent export control regimes in the world.”

As a result, they estimate that the real value of exports is close to £20 billion [$27 billion].

“The use of open licenses also offers the government a convenient sleight of hand when it comes under pressure over arms sales to a particular country due to events such as wars, military coups, or well-publicized human rights abuses,” the report warns.

Katie Fallon of Campaign Against Arms Trade, which conducted the research, stated, “The use of Open Licenses covers up the real extent of the UK arms trade and makes it impossible to know what quantities of weapons are being sold around the world.”

“UK-made fighter jets, bombs and missiles have had a devastating impact in the ongoing bombardment of Yemen. The fact that the real total of these sales could be so much higher than previously reported emphasizes the central role that the UK government and UK-based companies have played in the war. There must be full transparency about what arms have gone over and in what quantity,” Fallon added.

“So much of the arms industry takes place in secret, and that’s how the arms dealers like it. As long as the widespread use of Open Licenses continues, the true nature and volume of the UK arms trade will remain hidden from scrutiny, and therefore from meaningful control,” Fallon pointed out.

Saudi Arabia, backed by the US and its regional allies, launched the devastating war on Yemen in March 2015, with the goal of bringing the government of former Yemeni president Abd Rabbuh Mansur Hadi back to power and crushing the popular Ansarullah resistance movement.

The Saudi war has left hundreds of thousands of Yemenis dead, and displaced millions more. The war has also destroyed Yemen's infrastructure and spread famine and infectious diseases across the Arab country.