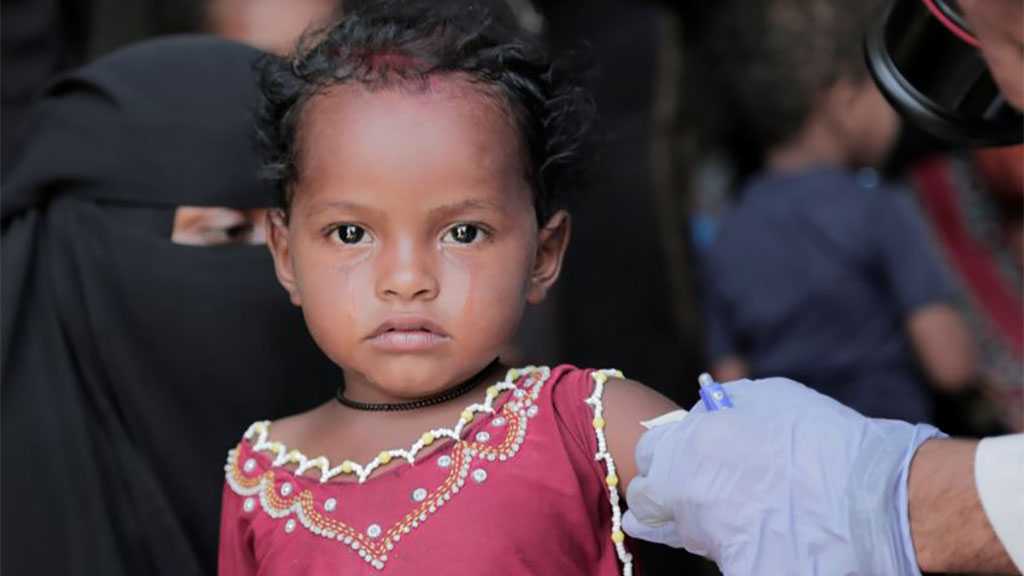 The General Authority for Regulating Land Transport Affairs in the Yemeni capital, Sanaa, warned of a humanitarian catastrophe as a result of the continued detention of fuel ships by the US-Saudi aggression.

The continued detention of fuel ships threatens to stop all commercial, agricultural and service activities and paralyze the movement of transport.

The Authority's statement came during a protest organized on Monday, in front of the United Nations office in Sanaa, in cooperation with the Industry and Trade Office in the Secretariat and the Yemen Petroleum Company [YPC].

It indicated that more than 150,000 means of transporting passengers and goods were affected as a result of the lack of fuel, which affected the rest of the sectors.

The statement pointed out that the US-Saudi aggression targeted 5,224 roads and bridges, 7,945 means of transportation and 858 cargo trucks.

It also appealed to the international community, human rights organizations and free people of the world to put pressure on the Saudi-led aggression to allow the entry of fuel ships to alleviate human suffering.

The Secretariat's Industry Office indicated that the continuation of piracy and the detention of fuel ships led to the deterioration of the economic and living conditions of the citizens, as they cannot obtain their basic needs of goods, food products and medicines.

The statement indicated that the arbitrary practices of the coalition of aggression led to a rise in the prices of food commodities, a rise in the production costs of local industries, and the expiration of perishable goods that need refrigerated transportation.

A statement issued by the YPC denounced the UN silence towards the suffering of the Yemeni people as a result of the blockade and piracy on fuel ships, blaming the United Nations for the aggravation of the humanitarian situation and what the situation will lead to in the coming days.