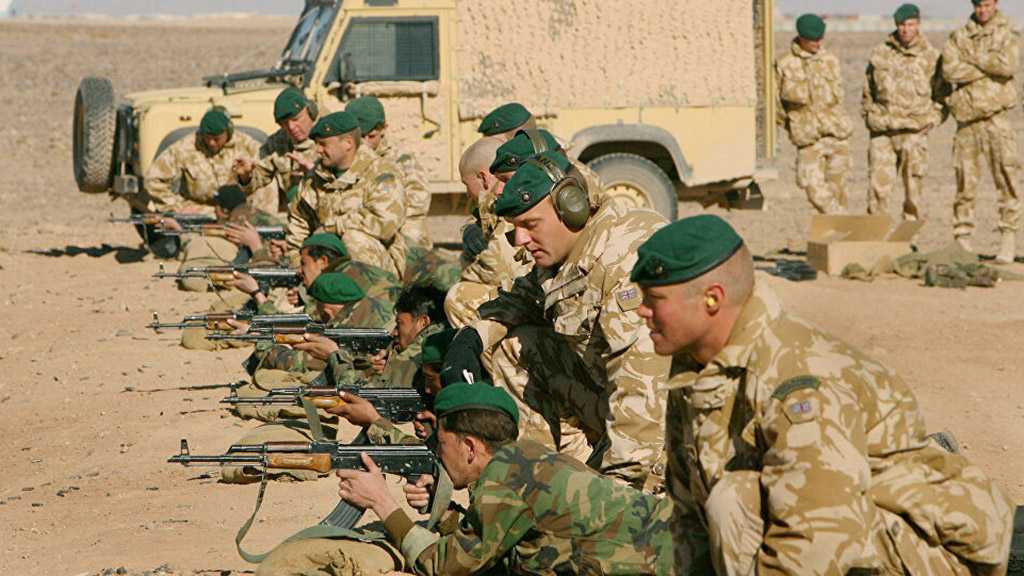 The British government is poised to keep a small special forces contingent on the ground in Afghanistan, The Telegraph has reported, after the Taliban made significant ground gains amid the US withdrawal.

Days after the US and its NATO allies pulled out of the coalition's main base in the country, Afghan troops retreated and the Taliban captured swaths of territory, including a key district in Kandahar province. The UK is now reportedly considering the retention of an “advisory group” of elite Special Forces soldiers in the country.

Citing a former Special Air Service [SAS] soldier, who until recently was stationed in Afghanistan, The Telegraph reported that the group would “provide training to Afghan units and deploy with them on the ground as advisers.” The deployment will be open-ended, they said, meaning the forces would stay “as long as [the government] continue to see value” in having them stationed there.

The decision whether to withdraw all the UK’s remaining 750 soldiers from the war-ravaged country for good or leave some troops behind amid the Taliban’s ongoing onslaught is yet to be made, a senior military source told the paper. UK PM Boris Johnson, who has the final say on the matter, is expected to make an announcement at the National Security Council meeting on Monday.

Earlier reports in the UK media suggested that British troops might exit Afghanistan by July 4 – a deadline seemingly timed with the US soldiers’ pullout from Bagram Air Base, the coalition’s main military hub in the country, located near Kabul.

Officials in the UK, however, were reluctant to commit to a certain timeframe, saying that London “reserves the right” to dispatch troops back to Afghanistan, either as part of a coalition or unilaterally, if parts of the country are overrun by terrorists.

Similar concerns were raised by the former head of MI6, Britain’s secret intelligence service, Alex Yanger. Speaking to Sky News on Sunday, Yanger, who ran MI6 until last September, argued that the withdrawal of the US and allied forces might give rise to the resurgence of terrorist groups, such as Al-Qaeda and the Wahhabi Daesh [Arabic acronym for “ISIS” / “ISIL”]. Comparing the current Afghan situation with that which followed the Soviet troop withdrawal in 1989, Yanger insisted that the West should stay active in Afghanistan instead of making “an enormous mistake” by leaving it by itself and letting terrorist groups recover.

"They're on the back foot. But it would be wrong, patently, to claim that they have gone away. And they have the capacity to regenerate,” Yanger said.

The US funneled arms and money to Afghan Mujahideen guerrilla militants who were fighting the Soviet forces in the early 1980s, and who later became part of the Taliban. In April, the CIA even bragged about arming the militants who fought the Soviet army with shoulder-fired missiles, drawing scorn in return.

Blasting former US president Donald Trump for setting a May withdrawal deadline, pushed back by the Biden administration to September, Yanger argued that the US pullout should have been conditional on the Taliban actively taking part in the political process.

While the former spy chief noted that he believes a civil war remains the most likely scenario in Afghanistan, he said that he was still “proud" of what the US-led intervention achieved there, despite leaving a power vacuum behind.

"I am proud of what we have done there when I look at the situation that existed in 2001, when I look at the extent of the terrorist infrastructure and when I consider the damage that could and would have been done if we had allowed that to continue.”

He acknowledged, however, that Western efforts to impose their version of “democracy” on Afghan society had failed bitterly, saying: “I've learnt: the idea that we can create a democracy in our image in a country like that is out of reach."